Andrucha Waddington is one of Brazil's hottest directors, known for his music videos, and TV commercials along with a string of features and documentaries since 1998. He's in Toronto to talk about Lope, his fourth feature. 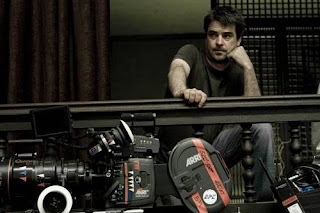 Lope looks at the early career of one Félix Lope de Vega y Carpio - known typically as Lope de Vega - one of the most important and influential playwrights of the Spanish Baroque. Born in 1562, he died in 1635, and while in Spain he's considered second only to Cervantes in importance, he's largely unknown in North America. He breathed new life into Spanish theatre, helping to bring it to what is known as the Golden Era, and his work is still highly regarded and performed often in the Spanish speaking world.

After a series of very contemporary themed projects, was Andrucha looking to do a period drama?

"No - not at all," he says. It was a fascination that began when the script was brought to him by writers Jordi Gasull and Ignacio del Moral. "I received the script in 2005," he recounts. "At the time, I wasn't familiar with Lopes." But, he quickly saw the possibilities. "I saw the opportunity to use a Spanish icon from a time when Spanish theatre was established as an art form." 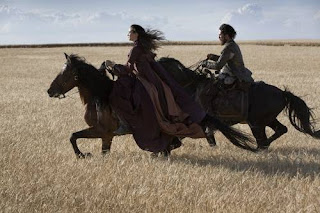 From there, he began to research. "I studied his work. I read his biographies. What fascinated me was that he made his own life the greatest play of all."

The portion of it covered by the story certainly seems a natural subject for cinematic interpretation. Lope de Vega came back to Madrid after serving as a soldier. A young playwright, he was eager to work at his craft, but had to settle for a job as a copyist at a successful theatre company. There, he falls in love with the bosses' daughter Elena, who seemed to reciprocate but wanted him to keep it secret for fear of her father's disapproval. For five years he loves her in hiding, only to find out she's also already married to someone else. Wanting her to divorce and then remarry him, his lover refuses. Lope tries to play nice for the sake of his career, but then can't stay quiet, exposing her and her father publicly. They accuse him of slander and he has to leave town with the law after him. He's aided by Isabel, a childhood friend with an old crush on him, but her price is fairly high - she has to come with him. There are still more complications yet.

"This part of his life is not well known," Andrucha notes. His fame came really after the point where the film ends. Lope went on to become a famous lover of many women along with earning his renown as a dramaturge. "He influenced Shakespeare. He was the first one to put drama and comedy in the same play." His admiration for the artist and adventurer is obvious. "I see him as a revolutionary. If he was alive today, he'd be a rock star - an intellectual rock star, like... David Bowie," he laughs. 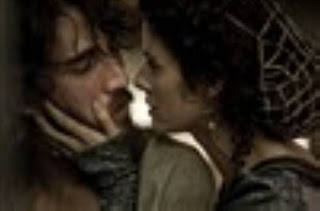 In telling the story, Andrucha tried to achieve an authentic historical look and feel. "We had the opportunity to portray the lower class of Madrid," he notes. "In my research, I read that you could smell the city of Madrid from 20 miles away. People wore the same clothes, their hair was oily." It's not the glossy, modernized version of history that you'll see, in other words. "I took all of that to the art director." That authentic Baroque era aesthetic informs all aspects of the film's design.

When it comes to the action of the film, he was equally as researched in hs approach. "I tried to make it real, in terms of the way the actors acted. I was trying to avoid that kind of "posed" interpretation.I worked with the actors for eight weeks beforehand, to make sure we were all on the same page."

Though the events happened centuries ago, Andrucha feels like the art of that era still has something to teach us now. "There was a very straighforward dialogue with the audience. There was entertainment and seriousness (in the same piece). I think that's what we should bring forward from that period."
andrucha waddington brazilian director brazilian film historic film lope de vega spanish film spanish theatre toronto international film festival 2010