A dedication to the truth 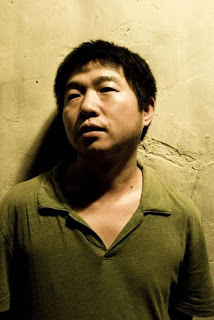 Although The Ditch is a fictional drama, writer/director Wang Bing's documentarian's instincts run as true in this film as in his previous efforts. His goal in either form is simply to present the truth. "This is what I'd like," he agrees, adding. "In the past several years, I've shot a lot of documentary film."

It's a bit of an understatement. His highly regarded 9 hour long documentary of industrial China, Tie Xi Qu: West of the Tracks  won the Grand Prix at the Marseille Festival of Documentary Film. In 2007, another documentary titled Fengming, a Chinese Memoir premiered at Cannes and TIFF, and his Crude Oil premiered at the Rotterdam Film Festival in 2008. The Ditch is his first foray into fictional storytelling. "I want to do both. There's not much difference between a good documentary and a good drama. Both involve storytelling."

In Jiabiangou: The Ditch, (a French/Belgian production,) Wang has brought to the screen the story of life - and often death - at one of communist China's "reeducation" camps. After what was called the "Hundred Flowers Campaign", during which the Chinese public was encouraged to debate party doctrine and disagree with policy in a purported atmosphere of open debate, the government, fearing the strength of the public dissent that arose, launched a counter-campaign of "anti-rightist" repression. 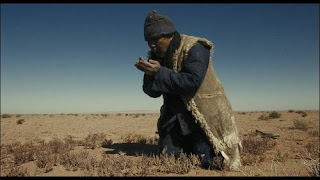 Between 1957 and 1958, 3,000 "right wing deviants" were sentenced to forced labour at the Jiabiangou Reeducation Camp, which borders the Gobi Desert. A drought came to China in 1960, and 1,500 survivors of the camp were rounded up and sent to another location. Barely 500 survived the trip. The film depicts the last three months of life at the new camp, and its title refers to the ditch where the prisoners slept, and often died in their sleep of illness and exhaustion.

The Ditch is based on years of his own meticulous research, which took roughly three years from 2005 to 2007. He located and interviewed survivors, including both prisoners and camp wardens, and found over 100 people willing to talk to him. 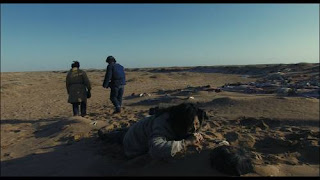 "For this film, I insisted that everything should be the truth - nothing is made up or added to the story."

Everything depicted in the film appears exactly as was described to him by those people, including the precise layout of the camp - even the gravesites. It's clear the Wang is driven by a need to tell the stories that aren't being told.

"The story happened in the 1950's and 1960's - not that long ago. Nowadays people want to avoid talking about this story. Children don't even know what happened. But, it's something you can't avoid. You have to talk about it - to prevent it from happening again."
asian flm chinese film films about jiabiangou independent film the ditch toronto international film festival 2010