TIFF Preview - Keepers of the Water

on September 04, 2010
with some material from a media release

“We should have a voice, our voice should be heard.” 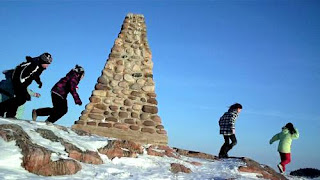 Twelve year old Robyn is just one of the reasoned and articulate children - all of them between 9 and 12 - who are indeed heard in this 4 minute documentary film. These are the kids of Fort Chipewyan, Alberta who live directly downstream from the world's largest and most environmentally toxic industrial project, the Alberta Tar Sands. I'd argue that the very reason their voices should be heard is the unwavering and unselfconscious directness of their point of view.

"It's a fun place to play." The young narrators are shot talking in their own environment - a play area with monkey bars, the camera follows as they ramble across the snowy fields. For them, the story is one that has
personal impact. "I made dried fish before," remembers a young girl. She describes cutting them open, something that now can bring unexpected results. "They find fish with funny things because the lake is 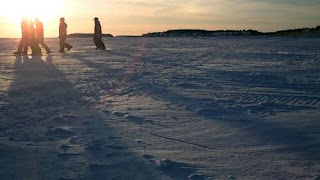 polluted," she says. "Our water turns yellow. Your fingernails and your toenails go yellow.. orange." They describe the funny red bumps they get from swimming in the water. They remember a time when their parents and grandparents could drink directly from the lake - no more. To a child, the issue is simple, and everyday.

The land in all its frozen wintry beauty is more than a backdrop, it's a kind of character in the film, animated by the energetic preteens as they play and wander across the flatlands. The short film ends with a shot of the smokestacks of Syncrude.

Some other fun facts: 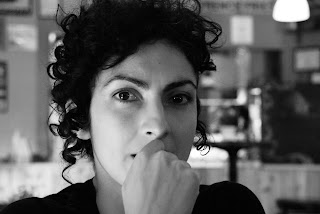 The kids have gone on to form a protest group.