With a talent for playing deep, brooding roles, complemented by characters ranging from comedic to dramatic, Montreal-raised Allen Altman will be making the scene at this year's Toronto International Film 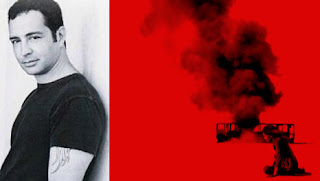 Festival with roles in two films. The busy actor stars in Denis Villeneuve's highly anticipated Incendies, along with Greg Atkins short film, Above The Knee. You'll also be able to catch Allen on the small screen this fall in his recurring role as Gordon Stonewell on HBO Canada's Living in your Car, and as a criminal profiler in the thriller Wandering Eye, an upcoming TMN Movie of the Week with Incendo Productions.

Denis Villeneuve adapted Incendies from the Governor General's Award winning play, Scorched, by Wajdi Mouawad. The play follows the story of two siblings as they attempt to unravel the mystery of their mother's life. In Denis' film, they become young adults who journey to the Middle East in search of their tangled past. Allen play plays the Arabic-speaking Notary Maddad, who aids twins Jeanne (Mélissa Désormeaux-Poulin) and Simon (Maxim Gaudette) as they sort through deep-rooted hatred and familial secrets. Set and shot in Canada and Lebanon, the film is a combination of French and Arabic, with accompanying subtitles.

In Atkins's short, Above The Knee,  Altman plays Andy, who watches as his best friend's life dramatically changes after he begins to wear a skirt to work, instead of pants.

Q: The role in Incendies sounds very meaty and intriguing, (as does the film itself). Tell me about your character, the notary - what is his story within the film? 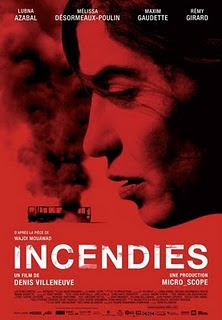 A: Twins Jeanne and Simon Marwan (Mélissa Désormeaux-Poulin, Maxim  Gaudette) weren’t expecting much from their mother Nawal’s will (Lubna Azabal). They are understandably stunned when Jean Lebel (Rémy Girard), notary and long-time friend of Nawal’s, reads her last wishes: for the twins to hand-deliver two letters, one to a father they thought dead, the other to a brother they never knew existed.

As they are lost in a giant puzzle of secrets and cultural veils, my character, Notary Maddad, of Arab descent and an expert in his field, works to make sense of it all. He guides the twins through Lebanon on an adventure in search of the truth. The twins slowly piece together Nawal’s heartbreaking story: that of a life mortgaged by the self-fuelling cycle of war and hate…and finally discovering their mother’s exceptional courage and resolve. The movie is adapted from Wajdi Mouawad’s acclaimed stage play. Incendies takes an unbiased and painfully poetic look at the roots of all wars through two young adults’ personal voyage to the core of hatred and enduring love.

Q: In the press materials, you mention the difficulty in learning how to speak French with an Arabic accent - how long did that take?

A: I started working on the accent a week before the first audition,and kept going with the vocal coach until we started shooting about two months later. Learning to speak Arabic was humbling. Speaking French with a Lebanese Arab accent was a challenge I really enjoyed. I had so much dialogue I found it liberating to lose myself in the character and story.

Q: The role in Incendies seems a marked contrast to the comedic role in Above the Knee. As an actor, what do you bring to each role, or does that change depending on the script? i.e. Is there a single quality that you think characterizes your work, or is it more a mutability? 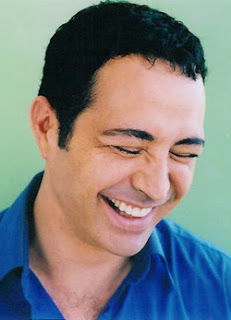 A: I stay open and work to bring as much honesty, subtlety and playful humanity as I can to every role. Comedy is drama with twist; the situation is what makes it funny.  With great writers like George F. Walker and Dani Romain, I am in great company and having the greatest time working on the HBO Canada comedy Living In Your Car. David Steinberg (Weeds, Curb Your Enthusiasm) directed most of my scenes and created an atmosphere where the actors could be playful and improvise.

Q: Looking at all your endeavours - from various roles in film and film production to interior design - what would you say drives you in all of it? Is it the process or the finished product that inspires you?

A: Creativity is something that is essential to my life force and the fact that I am blessed to play in many arenas is all the more rewarding.

I share ideas and collaborate with talented human beings and artists who I inevitably learn from. I recently played a criminal profiler on a movie called Wandering Eye with Amanda Righetti who stars in TV’s The Mentalist and was in awe of her simplicity and generosity of spirit. I can only speak from my own experience, but most actors I have had the pleasure of filming with share my philosophy of a strong work ethic and working to enjoy the moment.

A: We are all similar in our differences. Love is healing and hate never breeds anything but more hate.Being an actor is so rewarding and such a thrill, especially when you get to be a part of telling a great story like Incendies. I am so thankful.

Allen's other credits include Head in the Clouds with Penelope Cruz and Charlize Theron, Dead Silent with Rob Lowe, and The Jackal with Bruce Willis. He has also appeared in 4400, The Border, Painkiller Jane and The Peacekeeper, as well as starring as Billy Hunter in Showcase's Gemini Award-winning dramatic series Paradise Falls for three seasons. Prior to becoming an actor, Altman enjoyed a successful career as a model, and he also runs an interior design company you can check out at this link.
canadian actor canadian film denis villeneuve independent film living in your car series quebec film tiff preview toronto international film festival 2010