Brazil Film Fest
From 21 to 24 october
The Royal, Toronto,
From 26 November to December 2 in Montreal at Cinèma du Parc

4 Days of The Brazilian Way of Life 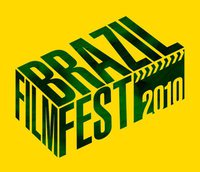 The 4th edition of the Brazil Film Fest arrives in Toronto and later Montreal with a 'muito cool' program, including a concert with Brazilian singer Zelia Duncan, voted 2010's Best Singer in the Pop / Rock / Reggae / Hip Hop / Funk category, at the most regarded Brazilian Music Award (21 Prêmio da Música Brasileira). Expect to see some of the Brazil you already know, but also journey with us through stories and places that the general media has not yet taken you. Gain insight into the world of the people who inhabit this country and learn why Brazil creates such fascination in others. (NB - Zelia appears only for the Toronto festival)

The landscape, the culture, the music, and the politics reflect its peculiar blend of European, African and

Native Indian. But who are these Brazilians? What do they do? Where do they come from? Where do they want to go? Why is Brazilian music so instigating? How do they see the rest of the world?

For this year's edition we bring 8 feature films, covering different walks of Brazilian life. The films tell personal stories of discovery, desire, battle, and achievement. They invite moviegoers to step outside the role of spectator and take a journey with the film's subjects - whether it be fiction or reality.

The festival opens with the epic Capoeira (Brazilian martial arts) action packed film: Besouro (which translates to beetle). See the “beetle” dodge bullets and fly and meet the African Gods intrinsic to the Capoeira world. 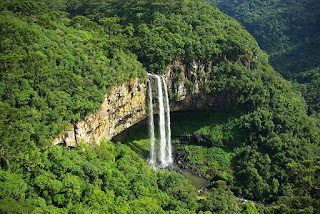 Along the lines of City of God, Carandiru, and Elite Squad, in Time of Fear, an organized crime group is ready to spark one of the most violent prison outbreaks in São Paulo’s history. In the midst of all the violence a divorced piano teacher gets sucked in... (Image is of Cachoeira do Caracol by Tiago Fioreze.)

Go Beyond the Girl from Ipanema and find out why Brazilian music creates such a fascination in others, see its evolution and influence on world  music. See the roots of it all in A Night in 67, a musical contest, where names like Caetano Veloso, Gilberto Gil, and Os Mutantes became idols.

Two films with LGBT subjects are arriving as well. Elvis & Madona is a bizarre and wonderful romantic comedy where Elvis, a lesbian, and Madona, a   transvestite meet in bohemian Copabacana, Rio de Janeiro and live a love story. The other film is a documentary that takes you on a historical ride back to the 60’s when the infamous dance-theater group, Dzi Croquettes defied the installing military   dictatorship with their music, their bodies and their make-up!

Veering outside of Brazilian  territory, we bring you the experiences of Brazilians as foreigners.  Through the lens of Brazilian director Sandra Kogut, Diary of a Crisis takes an intimate look at the lives of 5 Americans affected by the economic crisis that hit the US in 2008  In the thriller Blue Eyes, step into the office of   a chief immigration officer at JFK International airport, as a Latin American traveler has to face a man so tortured by prejudice his actions lead to tragedy... will he find redemption by traveling to Brazil?

To close off the season, we are  bringing Zelia Duncan, Brazilian singer and composer, for the first time ever to Canada. Duncan has been recently touring with the band Os Mutantes as one of their lead  singers. Check out her page on our site.
brazilian film brazilian film in canada documentary film independent film toronto film festival Zelia Duncan