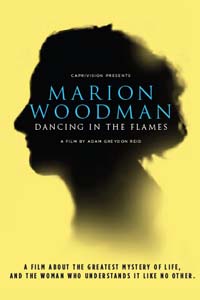 Unfortunately, as of this posting, the New York City Premiere at Rubin Museum October 31 –  3:00 pm is all sold out, unless you're a member there (check at the link if so).
Worldwide DVD Release November 1 – available online at Dancing in the Flames and Amazon.

November 18 – available at selected bookstores across Canada and the U.S.

is an insightful documentary that explores the inspiring life and many ‘deaths’ of one of the western world’s most important thinkers.

A sell-out audience recently at the Vancouver International Film Festival’s Canadian Theatrical Premiere, and this weekend’s upcoming screening in New York City will no doubt attract another full house at the Rubin Museum Theatre, (which will be followed by a conversation between Andrew Harvey and Eve Ensler). 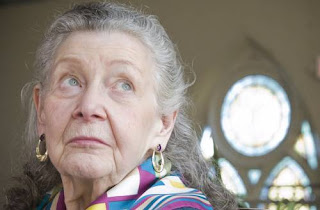 A feminist icon, poet and Jungian analyst, Woodman has performed provocative thought-experiments on the nature of death and consciousness since recovering from cancer in the early ‘90s. 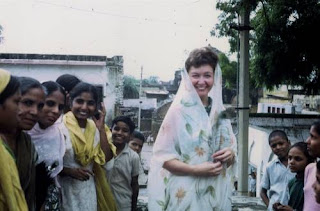 The film - narrated and “guided” by the brilliant mystic and author Andrew Harvey - also prominently features Marions’s husband  Ross Woodman. Through these interviews, Marion explains the mysteries of her soul’s journey and reveals a series of psychological ‘deaths’ and ‘rebirths’ that have formed the consciousness into which she has evolved. From her battle with anorexia, to her revelatory experiences in India, to her ever-evolving marriage, to her dance with cancer, Marion has ‘died into life’ and, thus, is a perfect teacher and mid-wife for this critical period in our history. Her inner and outer lives combine to communicate a core truth of what it is to be human. 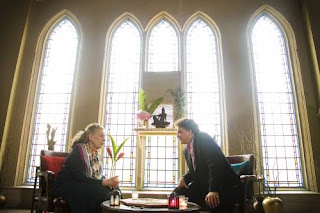 "Our planet is shedding its outworn skin," says renowned Jungian analyst and author Marion Woodman, who believes that without death there is no birth. Perhaps best known for her groundbreaking work on feminine psychology and addiction, via such books as Addiction to Perfection, Bone: Dying into Life, and The Pregnant Virgin, Woodman is one of the West's most important wisdom keepers.

Andrew Harvey is an author and scholar, known primarily for his popular nonfiction books on spiritual or mystical themes. He was born in southern India in 1952 and moved to England at the age of nine. He went on to study at Oxford. In 1977 he returned to India for the first time since his childhood and underwent several mystical experiences that began a series of initiations into different mystical traditions. Harvey has lectured internationally and is the author of more than 25 books.
andrew harvey capri films documentary film feminine psychology independent film jungian analyst marion woodman mysticism rubin museum spirituality