Electronic-Folk group Copal will be having a CD release show at Drom on Nov. 4 for a Neo Middle Eastern Fête. If you like Delhi 2 Dublin, Beats Antique, or even Bassnectar, Copal will be right up your musical alley.

Check them out here. 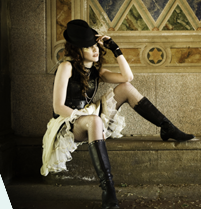 Copal, Into the Shadow Garden

(Self-Release), Where the dreams and memories of an old world elegance meet the rakish flair of a ruffled modernity, Copal invites us in to dream a forgotten land of the imagination. The music is a steam punk melding of styles and taste, inspiring visions of mystery pools and deep forested paths. Into the Shadow Garden is a journey from dusk to dawn, through the shadows and out the other side into the morning light.

," (Nov. 4, 2010), is a rich sonic tapestry of cultural influences and textural palettes. The music draws from Eastern European, Middle Eastern, and Nordic melodic inspirations fused with indie rock and ethereal influences. Violin and cello mix with ethnic percussion, drums, bass, and the occasional vocal highlight riding on top of electronic sonic elements of synths and fender rhodes to sustain an illusion of an all-enveloping sound. "This is music to recreate your world by--made today, but enlightened by a deep sensitivity to the ancient past." -Scott Shuster, World Dance New York. 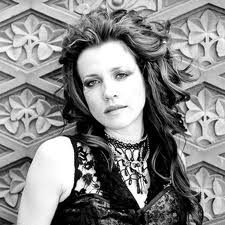 Hannah Thiem, violinist, vocalist, composer and producer of "Into the Shadow Garden" says, "This project is deeply personal--a merging of textures, sounds, ideas, melodies, and the internal landscape of my thoughts and dreams." The music on the album is an amalgam of the musical influences and cultures inspired by Hannah's travels and living abroad in Europe and North Africa. The talented collaborators featured on the album come from a variety of backgrounds, bringing their influences to the drawing board and the studio: Isabel Castellvi (cello), Robin Ryczek (cello), Chris Brown (bass, keys, sound design), Karl Grohmann (drums), and Engin Gunaydin (darbuka, frame drum, riq).

On stage, NYC-based 5-piece band Copal mixes improvisation with compositions creating a very dynamic sonic experience. Built upon earlier foundations of their successful EP release "eso-terra" (2007), every performance is unique. "We could play the exact same set every night for a week and it would sound like a new experience every time. Keeping the music fresh and exciting engages the audience and us," says Hannah. Often joined on stage by dancers of various styles, most often tribal belly dancers, the instrumental ballads and epic journeys are given a visual complement. Even during the more downtempo portion of their set, every live show gets the crowd dancing. Copal has shared the stage with diverse and talented groups such as Delhi 2 Dublin, Vagabond Opera, Sxip Shirey, Haale, and Luminescent Orchestrii.

Diverse is an understatement when examining Hannah's musical background. She's been sighted on stage performing with Kanye West in NYC at Madison Square Garden, in Boston opening for The Rolling Stones, and backstage at Kanye's David Letterman appearance. She also is a core member of Nyxyss, an

"Into the Shadow Garden

" will be released in both CD and digital format on Thursday, Nov. 4, 2010, via CD Baby) and Bandcamp. Catch Copal's NYC CD Release Party on Nov. 4 at Drom, East Village, NYC, and their Boston CD Release on Nov. 7 at the Middle East Upstairs, Cambridge, MA; with more tour dates to follow on the east coast and beyond. 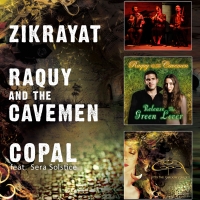