on October 12, 2010
From a media release - a film about two issues - water and the fate of the Andean region - that I keep hearing more and more about:

a fight for water, the thirst for gold
CRY OF THE ANDES
a film by Carmen Henríquez and Denis Paquette

Premiering in Toronto at Planet in Focus Film Festival
Saturday October 16 at the ROM - 9:30PM 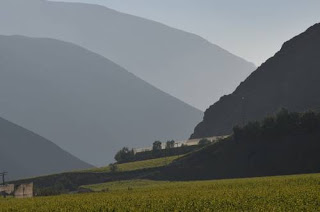 (Toronto - September 28, 2010)  CRY OF THE ANDES, a feature length documentary by Canadian filmmakers Carmen Henríquez and Denis Paquette, will premier at Planet in Focus Film Festival on October 16, 2010 at 9:30 p.m.

Journey to the heart of the Andes Mountains where ‘Pascua Lama’ is poised to become the world's largest open pit mine.  However, for the indigenous people and farmers living in the valley below, Pascua Lama threatens their only source of water in one of the driest places on earth.  In a war between corporate and social values two men are leading a fight to defend their river and way of life.  Now, one election will ultimately determine the fate of their valley and the true price of gold. 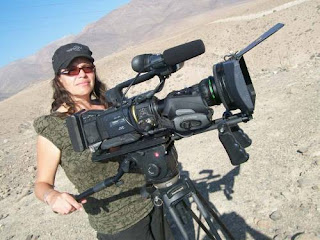 “Our film looks at how Barrick Gold’s Pascua Lama open pit mine in northern Chile threatens one community’s only source of water in one of the driest places on earth,” says Carmen Henríquez.

From its opening on the streets of Toronto, CRY OF THE ANDES takes you south to Chile’s Huasco Valley for a character driven story about greed and social justice – a cautionary tale about the environment that resonates in multiple industries around the world.  In this modern day gold rush, we see how big business, money and power are the world order, where corporations can influence governments, manipulate communities, and disregard human rights.  As this wave of globalization crashes down on the Huasco Valley we come to realize that the legacy of Pascua Lama won’t be measured by what is gained - but what is lost. Since the 1970’s, Canada’s Barrick Gold Corporation, the largest gold mining company in the world, has been working to green light the Pascua Lama open pit mine. Pascua Lama, projected to be one of the biggest undeveloped gold and silver deposits in the world, is perched below three glaciers that are source waters for the Huasco River and the Valley’s 70,000 inhabitants. Fierce public opposition has stalled environmental approval and a full start to the mine.

“We found two unlikely men along with the Catholic Church, who against seemingly insurmountable odds, are leading the fight against Barrick Gold and the Chilean Government—a fight culminating in one election that ultimately determines the fate of this valley and the true price of gold,” says Denis Paquette.

“Their courage as a community is truly inspiring, and Canadians need to know what mining is doing to the Andes and its indigenous residents,” adds Henríquez, who will be in attendance at the screening along with Paquette. Shot on location in Canada, Chile and Argentina, CRY OF THE ANDES will make its Toronto premiere at Planet in Focus, October 16 at ROM, following its massively popular and sold out world premiere at the Vancouver Latin Film Festival.