Is it possible to stare directly into the sun and not eat food? Meet Mason. 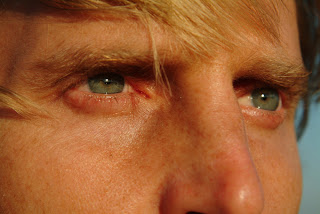 of sungazing -- an ancient practice of looking directly at the sun for long periods of time.

San Francisco, CA 2004: A flyer at school advertising a lecture by an elderly Indian gentleman sparks the imagination of a young man named Mason. The flyer reads: “You can become solar powered.” It also states that the Indian man giving the lecture, who goes by the acronym HRM, has not eaten in over 8 years, a direct result of sungazing.

Intrigued, Mason begins this simple practice along with a few other classmates.

Everyday, in accordance with HRM’s protocol, they stand barefooted on the bare earth looking directly into the sun and every day they add 10 seconds to their sungazing time.

The goal, according to HRM, is to reach 44 consecutive minutes of looking directly at the sun -- which could take 9 to 12 months to achieve -- at which time one would be “fully charged”, meaning not only cured of all mental and physical ailments but also now without the desire or need to eat food.

In many ancient civilizations -- from the Incas and Aztecs to the Greeks and Egyptians - this practice was exclusive to only the high priests and forbidden for ‘ordinary’ people.

Today, with the help of the Internet, this revived practice is gathering global momentum. 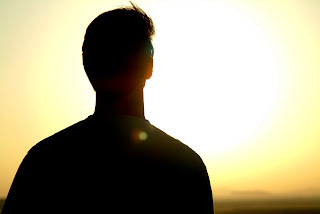 Modern day sungazers claim a multitude of health benefits including better eyesight, enhanced vitality, weight loss and, in some more profound cases, a complete loss of the desire and need to eat food. The main theory of how this is possible focuses on the stimulation of the pineal gland from direct sunlight entering the brain via the eye – the only external expression of the brain - and traveling along the retinal-hypothalamic tract.

(The pineal, once believed to have no function, is now considered a master gland, controlling the secretion of melatonin and serotonin). Brain scans of HRM, age 70, reveal a pineal gland 3 times the size of a normal man, despite his advanced age when the pineal tends to shrink. (Additionally, HRM was part of a 411-day medical study during which time he did not eat).

Mason soon discovers that this journey is going to be a lonely one, as society seems to revolve around food; family gatherings, social functions and dating all center on eating.

But as his sungazing time increases so do the positive effects. As a former Olympic hopeful in ski jumping and cross-country skiing, Mason has experienced both physical and mental strengthening and he finds that sungazing is far more potent than anything he has felt before. On the downside, he is alienating himself from society; his girlfriend breaks up with him because of his obsession with sungazing, and others, including his family, are put off by his new zealousness.

When Mason approaches 40 minutes of sungazing his desire to eat fades. His conflicts are socially and culturally driven and counter to what he is actually feeling. The only reason he eats anything at all is because of social expectations and some self-doubt.

Can this really be happening? Is it possible?

Mason’s loneliness and curiosity fuel his desire to meet other people who look at the sun - other than a 70 year old Indian man - in hopes that they can share their stories and experiences so he can better understand this phenomena. Eat The Sun follows Mason on a cross country tour that links him with a variety of colorful sungazers: a Hollywood lawyer, a practicing Mormon with 5 kids, a religious group that believes Jesus was a sungazer and even a sungazing ophthalmologist -- some of whom have been sungazing for over 20 years. Interspersed with Mason’s journey are interviews with scientists and doctors.

Mason’s confusion builds as he navigates through this subculture of sungazing. His story culminates in his final decision to continue and finish HRM’s 44 minute protocol. Will Mason succeed? What will happen when he reaches 44 minutes of staring directly into the sun? Has HRM been truthful? Is it really possible to live without eating?

Eat The Sun is the story of one man’s struggle to uncover the truth and, ultimately, reveals the power of the mind. 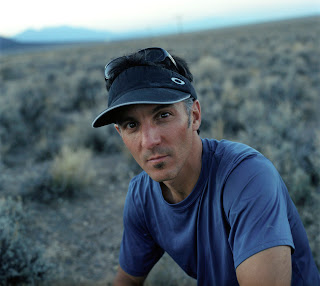 I met Mason Dwinell, our main character, shortly after I moved to the San Francisco in 2001, through mutual friends. I was drawn to his natural inquisitiveness and was curious about what he was doing. "You're looking directly at the sun and this will lead to a life without eating food?" Welcome to San Francisco.

I immediately had two thoughts: The first was that he was crazy and the second was that there might be a film idea in this. After another encounter with Mason some 6 months later, he was even more excited about sungazing and the positive affects he was feeling from it. I was further intrigued not only with Mason's continued enthusiasm but also the corroboration of many of the affects of the sungazing by his classmates.

After viewing some test footage I shot of them, I was hooked.

Initial research didn’t yield much until Vinny Pinto, one of our characters in the film, started the first sungazing website and Yahoo! list group. Vinny has been a sungazer since the early ‘80s, and it was through his web group that I found many of the characters in the film. The project gained traction as I decided to follow Mason on his journey into this unexplored and burgeoning sub-culture. With a crew of 3, we took to the road in Mason’s van, meeting a variety of sungazers and self-professed non-eaters, as well as scientists and doctors to try to find out some truths about this supposedly ancient practice.

My curiosity grew the more we learned – about both sungazing and sunlight.

Between the sensations that Mason was reporting and all of the information that we received from other sungazers and some scientists, it was hard not to concede that something was happening, whether real or imagined. How else could Mason not only survive but feel good after a month of not eating, the first 8 days without any fluids? 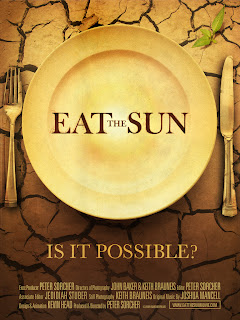 Our three-act structure is filled with the human drama that surfaced, and our quest uncovered an Internet landscape of thousands of sungazers all over the world, some who ultimately challenged our deepest held beliefs. And it was belief that became the central idea in the film. The sort of people who engaged in sungazing wanted to believe.

The fact that the practice was simple and, at least according to HRM’s protocol, finite seemed designed to appeal to modern culture’s affinity for the quick and easy.