Screening as part of the New York United Film Festival
prior to Seeking Happily Ever After on October 23 - 4:30pm 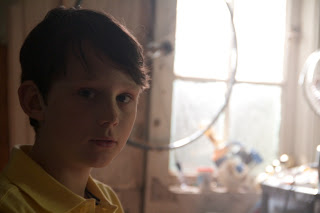 Eros, a short film (about 13 minutes) by Andrew Blum, is a poetic look at the nature of love through the eyes of a little boy. Alex fulfills the dream of every child who's played nervously in their room while parents argue loudly in another room. One day when his squabbling Mom and Dad are at work, he invents a machine that will make them fall back in love. The story continues when Alex, now grown up, works in a kind of marrige therapy practice with his successful machine.

Writer/director Andrew Blum had a few thoughts about the film.

I find it difficult to condense my feelings about this film into a few paragraphs of text.

My first instinct is to acknowledge the extent to which the film is the collaborative process of many minds and creative energies. I can think of no better way to make a film than to bring the feelings and talents of those I respect most into one exhibitive whole. 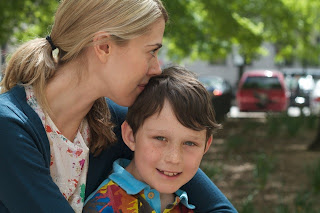 On a personal level--both emotional and spiritual--this film reflects a process; I am 21 years old and this moment in my life has been the hardest for me thus far. Struggling to find my identity, reflecting upon and understanding the past, and living in the present are how I would categorize this moment of my development. This process not only conceived the film, but was also augmented by the film. Writing, for me (at least for now), has been my vehicle for self-awareness. I found that in this sense--the film was extremely successful.

For me, this film is about the relationship between past and present. I would recognize the film as successful (in a less egocentric sense than before) if audiences ask two questions of themselves after viewing: 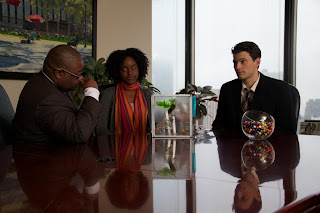 The feature at the screening, Seeking Happily Ever After, is a documentary that examines how millions of 30-something single women are busting cultural norms and redefining what "happily ever after" looks like.
american film documentary film new york united film festival seeking happily ever after short film