on October 04, 2010
From a media release about indie artist Lelia Broussard, L.A. based but born in the bayous:

Spunky indie songstress Lelia Broussard is about to hit in a big way, with the November 2nd release of her 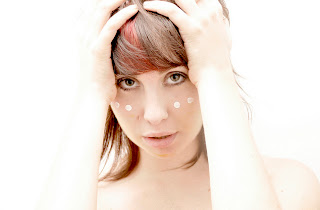 You'll find an approved download of the single Satellite here.

And you can check out her tongue-and-cheek cover of Beyonce's "Single Ladies" (currently @ 1.8 million views): here. 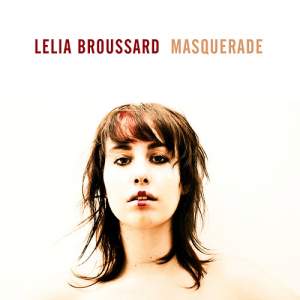 intriguing collection of driving folk/pop gems, bringing to mind a cross between Jenny Lewis and Jonatha Brooke. Already, considerable buzz is building around ‘MASQUERADE’ with the early spread of “Satellite” and “Shoot For The Moon” among the songwriter’s fiercely loyal fan base.  Most recently, The Deli Magazine nominated Lelia for their Los Angeles “Artist of the Month” poll, and “Satellite” was prominently featured on powerhouse NPR AAA station WXPN's blog.

Over the course of her career, Lelia has collaborated with A-List producers including Rob Fusari (Lady Gaga, Whitney Houston Destiny's Child), Dave Trumfio (Wilco, My Morning Jacket, Built to Spill) and Marshall Altman (Kate Voegle, Marc Broussard).  Her songs have been featured on hit television shows such as CBS' Joan of Arcadia NBC’s Men In Trees, and MTV's The Hills  as well as a few small independent films. In 2008, Lelia signed a publishing deal with Rondor Universal Music Group. Lelia’s strong grass roots fan base recently raised over $15,000 to help fund her new record and pushed her to be one of the most successful music projects on the popular indie fundraising site, Kickstarter.

“Lelia is an undeniable talent, in every way. She has it all, amazing voice, great songwriter, and overall an incredible artist. From the moment I first heard her voice, I knew there was something special going on, and when I saw her perform live for the first time at The Bitter End in New York, I was even more blown away. She has that thing everyone is looking for, the thing you can't quite describe what it is, that "it" factor, Lelia has it. She's incredible."

Lelia just kicked off her extensive US tour 2 weeks ago --- at NYC's singer-songwriter hot-spot, The Rockwood Music Hall. Over the next several months, she'll be hitting up all major US cities for music: Chicago, Nashville, LA, Philadelphia, Austin, Seattle, San Francisco, and she'll loop back around to NYC on December 1st.