on October 17, 2010
I caught up with Hugh Masekela just before his October 16 concert at New York City's Carnegie Hall.

An Interview with Hugh Masekela

Coming to Toronto's Koerner Hall - October 23, 2010
(The tour will also hit Vancouver and Banff along the way)

Trumpeter, flugelhornist, cornetist, composer, and singer extraordinaire, South African musician Hugh Masekela turned 71 this spring and shows no signs of slowing down. He's led a remarkable life that saw him 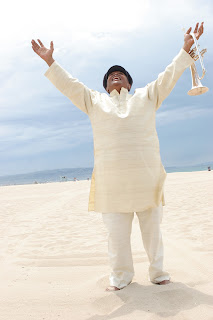 leaving his homeland twice as a result of the former oppressive apartheid regime, music being his key both out of and back into Africa. A family friend gave Hugh a trumpet and hooked him up with his first teacher when he was smitten with the instrument after seeing Kirk Douglas in the film Young Man with a Horn at the age of 14. He began to play in bands, first in school with other musicians he still counts as friends today, and went on to form the Jazz Epistles - the first South African jazz band to record and play to record houses in 1959/60. That period ended after the notorious Sharpeville Massacre of  1960. After that date, the government banned public groups of more than 10 people.

Hugh left for London, where friends John Dankworth and Yehudi Menuhin got him a scholarship at the Guildhall School of Music. Once he was done there, he landed in the U.S., where other friends, including Harry Belafonte and fellow ex-pat Miriam Makeba (with whom he shared a lifelong friendship, sometimes as lovers, and the pair were married from 1964 to 1966,) helped him get established. He studied classical trumpet at the Manhattan School of Music in New York from 1960-64, and then followed up with a burgeoning career and hits like Up, Up and Away. Still, his homeland was always calling, and he relocated to neighbouring Botswana in the 1980's until the South African government again began to crack down on what it saw as dissidents. He ended up back in the U.K. for a time, then the U.S., touring with Paul Simon, among others. In other interviews, he's credited the Graceland project and its two year tour as being key to letting the rest of the world discover the music and culture of Africa. His 1987 song Bring Him Back Home, about Nelson Mandela, became an anti-apartheid anthem. He went back to South Africa for good after the end of apartheid came finally in the 1990's.

"I come from a South African ancestry and childhood, and heritage. It's obviously at the centre stage of my life," he says. "(But) I've lived all over the world because I had to tour," he notes. "I've gotten to the stage of my life where I'm a person of the world." 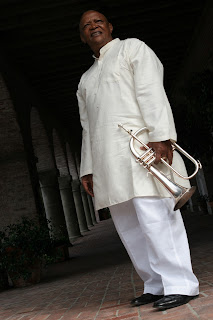 Although he's in the middle of his North American tour, he's eager to talk about his other projects, and the one obsession that's fueling all his present day efforts. "Heritage restoration is part of my current obsession," he says. He talks about the fact that Africa's image as a "vanquished continent" perpetuates to this day, and the deleterious effects of transplanted culture that Africa continues to struggle with. "Especially religion, which has been foisted on us," he notes. "African heritage (was characterized) as actually heathen, pagan and primitive. I think it's important for Africans to be able to revel in their heritage." He cites the British and their reverence for the public pomp and circumstance of royalty as an example of that. "We can take our inspiration from the Queen of England," he jokes. "I want to see that in my lifetime. People have been standardized due to technology . It has not been good to Africa. African heritage and culture needs reaffirmation from African people. They've been spread all over the world."

He laments that much of African culture has been watered down in its far flung diaspora, because generations of Africans have been conditioned to accept the Euro/North American models of society. "There's a very, very long way to go back." He notes the rich continental African oral traditions, poetry and forgotten history. "Our performance genius," he says, "without a doubt, it's the most diverse in the world - but it's invisible." People, as he notes, are the reservoir of history and culture, and knowledge of self is key. "With knowledge of self, African won't accept to be (only) consumers and cheap labour."

His long musical career has touched on many genres - jazz, classical, contemporary North American adult, various African styles, words that mean little to him. "I grew up in an age when all these labels did not exist," he says. "I still listen with the ears of a child."

When it comes to what to expect on his current tour, he says he's at the top of his game musically. "My biggest concentration lately has been to play in a formidable ensemble of five other musicians who are virtuosos in their own right. I think that musically we play at a high level that is the result of the incubation of all the styles I've been exposed to over my lifetime." And as for a stylistic label? "We call it backyard," he laughs. "It's definitely not house, or garage."


He's more amused than annoyed by the marketing categories of the contemporary music business. "At one point, the term "world music" was coined. I woke up one day and people told me I was playing world music," he notes dryly.

His work in South Africa these days includes work in theatre. "I'm beginning to dabble in theatre - a little acting, but mostly production," he reports. (He was previously involved in playing and composing for theatrical productions early in his career.) He's involved with founding a musical theatre company which had a successful production earlier this year. "We have four guys who sing the hell out of My Yiddish Mama," he laughs. "We're coming back to The Market Theatre in Johannesburg with Songs of Migration," he says. The theatre group is an extension of his driving concern, involving productions that are music, culture and heritage driven. "We're celebrating exponents of our past," he says.

He also mentions an idea he's working on, involving web based cultural exchanges between municipalities in different parts of the world. It all reinforces that obsession with cultural restoration. "At this point in civilization, we can all use it. We have really become standardized over the last five years," he says of modern commercialized culture. "Everyone is sitting in front of a screen," Hugh says. "It's important for children of the future to say I am African - rather than we used to be African, long ago. Heritage restoration, we can create the environment for it. I'm trying to get a foundation for that. Once we get pilot modules, we can spread that virus. I hope it can spread quickly."