Spotlight on Taiwan - Part of imagineNATIVE 2010

It's kind've ironic that I stopped watching the news, or TV in general, a few years ago, but find I'm much 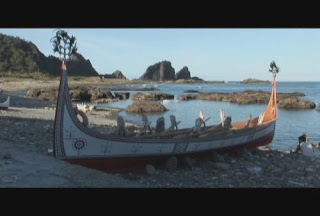 better informed about what really goes on in the world via the arts these days.  If I'd waited to hear about the indigenous people of Taiwan via the mainstream media, for instance, I'd be waiting till doomsday, I think.

As has happened within the indigenous peoples of North America, there's been a renaissance of sorts in the arts of the indigenous people of Taiwan in recent years, with a particular emphasis on film. This interesting programme presented the work of three filmmakers whose work talks about traditional culture  and its modern expressions in documentary form.


Tribal Heartbeats: Tsou Fish Story
Directed by Kao Chichang
Produced by Yang Kuangpyao (2010)
Shot in the Alishan Mountains where the filmmaker is from, the film talks about the lives of the Tsou people and clans who live in the Lijia village on the river called Niyawujhina upstream, and Danayigui downstream. When the Alishan highway came to the area, it brought convenience, but environmental degradation too, and 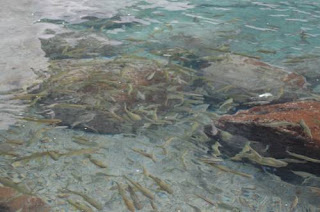 the Chinese who came to poison the eels used in traditional medicines. The poisons also killed the carp that the Tsou relied on, and much of the story is taken up with the successful quest to restore the carp populations and protect the river. Much negotiating took place between clan elders who didn't want to give up their traditional river rights, but eventually cooperation between the people of the Niyawujhina and Danayigui areas prevailed.

The film is really part documentary, part poetry, where the verdant beauty of the land and river really takes centre stage. Sadly, as producer Yang Kuangpyao mentioned before the screening took place, a typhoon in August of last year completely destroyed the river and the area depicted in the film. He said he was glad he'd had a chance to film it before it was gone.

What Men Don't Know
Directed by Xie-Fui-mei
Produced by Chang Chia-wei (2009)
When the men of the Tao people go fishing for flying fish - thought to be a gift to them from the sky god - during the season they call Mirayon (about March to September,) they work from before dawn till after dusk. For a man, fishing skill = social status. The women of this Lanyu Island have a custom they keep in gratitude - 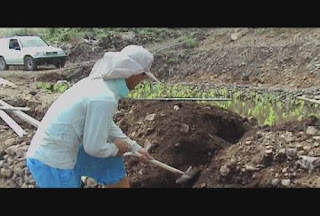 digging for land crabs in preparation of Miganagana, a feast held during Mirayon.

The film follows the women and the life of the people in simple documentary fashion. Catching land crabs means they travel uphill, and simply dig in the dirt. Once they've dug down to a crab's lair, however, the fun begins. The crabs naturally use their formidable defences, greeting the giggling women with snapping claws. It's tricky work, but that's the idea - their hard work in exchange for the hard work of the tribe's men. With the crabs, they make a kind of crabcake with taros (a cousin of the yam) and at Miganagana, they visit male relatives with plates full. (Intersestingly, they similary honour midwives.)

A Kuroshio Love Story
Directed by Maraos (2009)
The Kuroshio is an ocean current than runs between Lanyu Island and Batanes, in the Philippines. The area is abundant with sea life, and traditional lifestyles were geared to the rhythm of the ocean, typhoons and resulting torrential rains.

This film follows a couple of different threads. There's the old timer who complains about Westernization, the modern concrete housing that's not as well equipped to withstand the rain as traditional dwellings, climate change that has brought less rain to the area. "These kids don't know how to farm," he laments. Another constant thread is the love story of the title, between a man from Lanyu Island and the wife he found in Batanes. 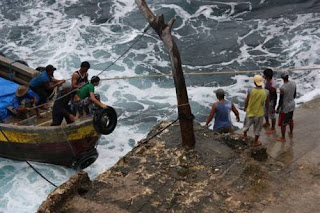 The traditional way of life and its metamor- phoses into the modern era is examined through their daily lives, and a trip back to Batanes for the couple to visit the woman's daughter that she left behind. The land and the water figure prominently in this film, as in all three, here with gorgeous underwater shots that effectively convey both the beauty of the area and the way the lives of the people are interwoven into it.

Through all three films, and in particular in the context of the imagineNATIVE Festival, it was impossible not to notice the similarities between indigenous cultures. The boats built by the Tao and Tsou are very similar to North American canoes, and even traditional dress features some similarities - not hard to understand when those traditional modes of living were all based on the land.
imaginenative 2010 indigenous film kuroshio lanyu island lijia village taiwanese culture Taiwanese film toronto film festival Tsou culture