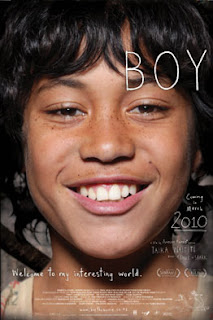 The good old Bloor Cinema was packed to the rafters for the opening night of the 11th Annual imagineNATIVE Festival and Canadian Premiere of New Zealand's second highest grossing film, Taika Waititi's Boy.

In the best tradition of coming of age stories, Boy is laugh out loud funny even as it inserts the moments of truth that you can see coming. The film's appeal is grounded in a script that's sensitive and observant of human nature even as it plays it for laughs, and above all in a lovable cast centred around the cheeky grin and budding masculine bravado of 11 year old Boy, played with an incredibly natural rhythm by James Rolleston.

Fueled in part by an obsession with Michael Jackson (the film takes place in 1984,) Boy has a rich fantasy life that masks the not so fantastic facts of his real life. He lives with several siblings and his Nan in a ramshackle house in a Maori community in the Bay of Plenty, (a rural community in eastern New Zealand,) his mother having died and father, as the story begins, languishing in jail. He's picked on at school, and ignored by Chardonnay, the schoolyard cutie he's got his heart set on. Still, his winsome wit and upbeat imagination can turn it all into high adventure. 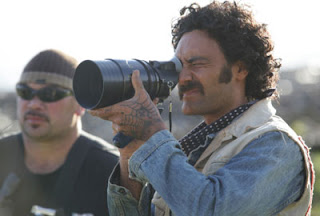 Problems of a different sort begin when Dad (played by Taika Waititi himself) really does show up one day in a car with a couple of equally ruffian friends while Nan's at a funeral out of town. What ensues is a series of more mis- than straight up adventures and a mixture of comedy and pathos. Dad - Alamein - is a big kid in some ways, hoping to form the "Crazy Horse gang" with his cohorts, and likening himself to the then popular Shogun samurai.

Boy's imagination turned Alamein into a heroic figure in his absence - in the flesh, he's forced to confront a much less than heroic reality. James Rolleston is a really gifted young actor, taking Boy from his cocky swagger to angry disbelief as he begins to see through his father's bluster and B.S. "I thought I was like you," he concludes sadly, "but I'm not." The film presents a clear eyed and unromanticized child's eye view of adult nonsense. 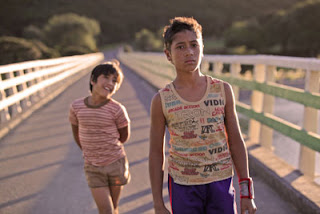 The other actors are just as strong, from Taika's likable loser Dad even to Boy's younger siblings, all of whom come across as entirely natural. Especially poignant is Te Aho Eketone-Whitu as his younger brother Rocky, the serious and sensitive child who wears the pain of his mother's death with much less of a brash veneer.

Along with a funny and touching story, Boy gets across the laidback flavour of rural New Zealand that comes along with its gorgeous scenery of green hills, sand and ocean. And I didn't give the ending away - you'll just have to see it for yourself. 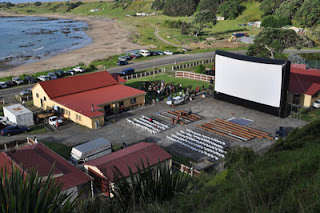 The Festival continues to October 24