In Ojibway beliefs, a Windigo is an evil spirit, one who can possess and even inhabit living human beings, spreading their malevolence in the here and now. In A Windigo Tale, the directorial début of poet Armand 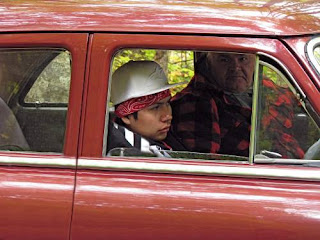 Garnet Ruffo, that evil spirit exists on two planes; first as the demonic incarnation of an evil man whose funeral we see near the beginning of the film, and second as the dark shadow of the residential school system and its corrosive effects across the generations. Interesting that both the supernatural and all too earthbound versions of evil begin with the acts of man.

The set up of the story is simple. Harold, played by the always lovable Gary Farmer, gets the call from Lily (Andrea Ménard) to come and get Curtis, the family's black sheep (played by Elliot Simon). Living 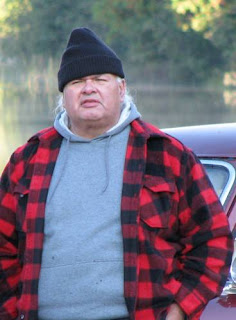 with Lily in the city, he's gotten caught up in gangs and violence. On the long road trip up north through the glorious colour display of autumn in the Ottawa Valley, Harold tells Curtis a story about the family and its secrets.

The story centres around Doris (Jani Lauzon, in another strong performance,) Lily's mother, and their reunion after many years of estrangement. There's a noxious secret at the heart of their separation and pain, and it too exists on two levels. But I don't want to give much of the story away at all in case you get to see it.

The film was shot in HD video, and bears a kind of shallow TV look despite the gorgeous scenery, without the depth and beauty that film can add, but it's not an element that distracts from its strengths, the most significant of which is a great script that shows Armand Garnet Ruffo's writerly roots. The story comes together in bits and pieces, tantalizingly and intriguingly, each scene unfolding a new part of the puzzle. Despite its heavy subject matter, the story is shot through with humour that comes from a very 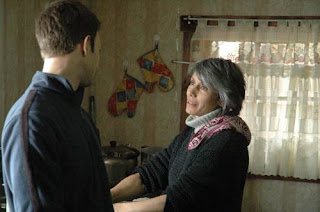 The story is held together by solid acting on all fronts, including the supporting cast. Shot in the Six Nations Reserve and the Ottawa Valley, the setting is strikingly beautiful but also serves as a spooky backdrop for the ominous events that begin to come together. 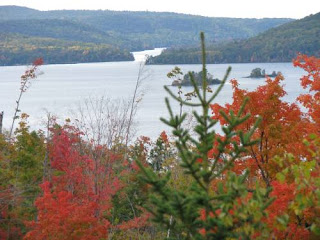 In the end, the secrets come out, and the community comes together to heal, and if it is somewhat predictable that Curtis should shed his gang paraphernalia as grandpa Harold's story draws to a close, it doesn't detract from this engrossing tale.

Armand Garnet Ruffo (Ojibway) is a poet and professor at Carleton University, specializing in Indigenous literature. He is the author of two volumes of poetry, Opening In the Sky and At Geronimo’s Grave, winner of the 2002 Archibald Lampman Award for Poetry, as well as the acclaimed creative biography, Grey Owl: The Mystery of Archie Belaney. A Windigo Tale is his directorial debut.