on October 07, 2010
From a media release - I'll be checking out the Festival's offerings in more detail as they happen, but in the meantime:

Taika Waititi’s BOY, now the #1 highest grossing film in New Zealand, will open this year’s imagineNATIVE Film + Media Arts Festival on October 20th at 7pm at the Bloor Cinema.  Mr. Waititi will be in Toronto to attend the Canadian Premiere.

Written, directed and starring Taika Waititi, BOY is an hilarious and heartfelt coming-of-age story that begins in 1984 on the rural East Coast of New Zealand, a time when “Thriller” is changing kids’ lives. Inspired by Waititi’s Oscar-nominated Two Cars, One Night, BOY is about heroes, magic, and Michael Jackson. 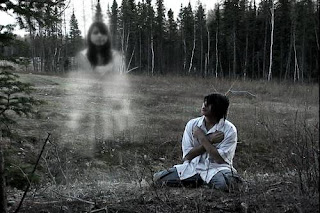 The festival will close with A Windigo Tale, the directorial debut of Ojibway poet Armand Garnet Ruffo at the Bloor Cinema on October 24th at 7pm.  Filmed on the Six Nations community in Ontario and in the Ottawa Valley, the film ignites the screen with determination and heart and tells a powerful story of intergenerational trauma and healing.

“imagineNATIVE is situated at the intersection of ideas, issues, narratives and contemporary realities of Indigenous peoples from around the world,” states Executive Director, Jason Ryle. “What these film and media makers are doing is constructing history in engaging, entertaining and beautiful ways.”

Admission to the imagineNATIVE Film + Media Arts Festival includes fees of $7 - $100, with a number of free offerings - and all ages are welcome.  Activities run all day from 11 am until 2 am, and include film screenings, exhibits, artist talks, performances and music…something for everyone.

The imagineNATIVE Film + Media Arts Festival is an international festival that 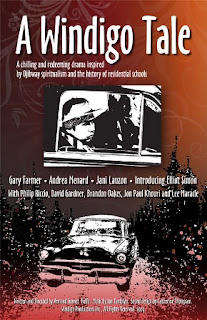 celebrates the latest works by Indigenous peoples on the forefront of innovation infilm, video, radio, and new media. Each fall, the festival presents a selection of the most compelling and distinctive Indigenous works from around the globe. The festival's screenings, parties, panel discussions, and cultural events attract and connect filmmakers, media artists, programmers, buyers, and industry professionals. The works accepted reflect the diversity of the world's Indigenous nations and illustrate the vitality and excellence of our art and culture in contemporary media.
aboriginal culture Armand Garnet Ruffo first nations culture imaginenative film and media arts festival indigenous film six nations taika waititi toronto arts festival