on November 10, 2010
From a media release - I'll be checking out a film or two, and might have an interview to add as well coming up:

Some of the highlights of ADIFF 2010: 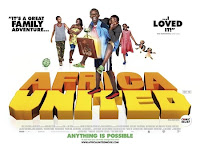 Feel-good film Africa United – US Premiere, Opening Night Film - is a road movie about a group of children trekking from Rwanda, to South Africa to attend the World Cup (World Soccer Championships). Hopeful and fun, with positivity and determination dominating the story, Africa United is already being touted as the next Slumdog Millionaire.

Yousry Nasrallah’s Scheherazade, Tell me Story -  NY Premiere - is about a female talk show host who researches and discusses women’s stories that reveal the human condition of women in Egypt. Well acted and with a script that gives a very clear depiction on how power operates in Egypt, Scheherazade Tell me Story (Femmes de Caire in French) - a Box Office success in Egypt - speaks to the world of dissent in Islamic oriented societies. 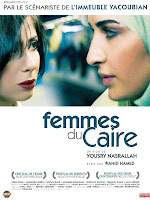 After Indigènes (Days of Glory), Rachid Bouchareb directed London River which won Sotigui Kouyaté the award for Best Actor at the Berlin International Film Festival. In London River - NY Premiere – Elizabeth (Brenda Blethyn, Secrets and Lies), a Christian, and Ousmane (Sotigui Kouyaté, Sia, the Dream of the Python), a Muslim, must fight their preconceptions and work together in order to find their daughter and son who have disappeared after the London bombing of July 2005, as they stand a better chance of finding their children together than apart.

Already a Box Office Hit in France, Black Venus is the unforgettable telling of the short, deplorable existence of the “Hottentot Venus”—née Saartjie Baartman, a slave from Cape Town who was exhibited as a freak-show attraction in early 19th-century Europe. Abdellatif Kechiche (The Secret of the Grain) delivers a riveting examination of racism and sexual degradation in this powerful film. 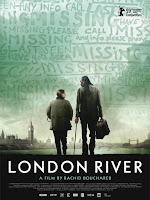 Richard Dutcher, sometimes referred to as “the Father of Mormon Cinema,” directs Evil Angel – NY Premiere - a film based on the myth of Lilith who was Adam’s first wife and was expelled from Paradise. Ving Rhames is private detective John Carruthers whose son’s murder takes him on a mission to unravel the horror story of the Evil Angel.

After its abolition in 1794 during the French Revolution, Napoléon sends a young, ruthless general to reinstate slavery on the island of Guadeloupe. 1802 Freedom Now – NY Premiere – tells the story of the valiant fight fought by Guadeloupe's Black inhabitants to maintain their freedom.

The hilarious comedy from Panama, Chance – NY Premiere - tells the story of Toña and Paquita, the housekeepers for the aristocratic González-Dubois family who, tired of being mistreated, take their bosses hostage to get what is actually due to them: 7 weeks back pay.

Mohamed Chrif Tribak’s The Time of Comrades - NY Premiere is centered on a young Moroccan woman whose life in the 90’s is irrevocably altered by her experience on campus and the intense debates she witnesses around Islam and Socialism. A daring portrait of a society going through a tumultuous transformation, The Time of Comrades is a film in which political commitment and love are very much intertwined.

With Shungu: The Resilience of A People – NY Premiere, director Saki Mafundikwa - from Zimbabwe - offers us a glimpse at the challenges faced by a cross section of Zimbabweans at the height of the political turmoil and economic meltdown.

Directed with great imagination by Quebec based actor Tetchena Bellange, Black Hands –Trial of the Arsonist Slave – US Premiere,  uses interviews, archival research and event reenactment to bring to life a hidden part of Canadian history: the story of Angelique, a slave accused of burning Montreal in 1734. 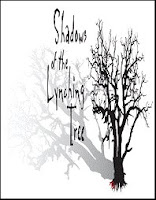 The shrouded history of lynching in America is the subject of this powerful new documentary Shadows of the Lynching Tree – NY Premiere by award winning producer/director Carvin Eison. This film probes into the heart of white-hot hatred and unimaginable violence and explores how the legacy of lynching still lives on in the age of Obama.

An Award winning professional production from Malawi, Seasons of Life – US Premiere is a provocative film that probes the choices made by men and women at various stages in their lives. This is a smart, moving story about sexual abuse; the rights of women; the triumph of hope over despair; and the enduring spirit of motherhood.

A transatlantic story of dance, the search for identity and family values, Dancing Forever – US Premiere follows Maya, a French girl of African descent whose drive to become a professional dancer helps her overcome all the racial and social obstacles placed in front of her, first in France and later in the US, where she finally reaches her dreams. 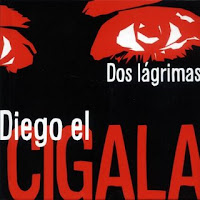 Set in France on the eve of its liberation, Prohibited Love – US Premiere - explores the issues of forbidden love between an African American GI and a French married woman and the racism they encounter.  Based on actual events, this surprising French production details little known historical facts associated with the presence of African American GIs in France during WWII.

Told through former Tuareg rebel and musician, Moussa ag Keyna, Toumast – Guitars and Kalashnikovs – US Premiere – is a rare and revealing documentary about war and music that retraces a part of the recent history of the Tuaregs, their revolts and fight for justice.

From the Island of Antigua in the Caribbean, Working Girl – US Premiere – is a well executed, locally produced fiction film with a strong social commentary about the dire circumstances that drive a brilliant school girl into the seedy world of prostitution.

In Soul Boy - NY Premiere, when Abila’s father loses his soul, Abila is assigned seven challenges that can save him. With the help of his girlfriend Shiku, he embarks on a quest to confront those challenges with imagination, courage and decision.

Directed by award winning director/ producer Gregory Everett, the son of a former Black Panther, 41st & Central: the untold story of the LA Black Panthers – NY Premiere- is a powerful historical documentary that follows the Southern California Chapter of the Black Panther Party from its glorious Black Power beginnings through to its tragic demise.

The African Diaspora International Film Festival 2010 will showcase a total of 102 films - including 58 US and NY premieres - from November 26 to December 14. Held in 5 venues in Manhattan - Anthology Film Archives, Thalia Cinema, The Riverside Theatre, the Chapel at Teachers College, Columbia University and the Schomburg Center for Research in Black Culture in Harlem – the festival will host more than forty guests from Malawi, Switzerland, Panama, Antigua, Canada, Barbados, France, Burkina Faso, Egypt, the UK, Guadeloupe, Eritrea, Zimbabwe and all over the United States in this year’s edition.

“ADIFF is a bridge,” say the Spechs, curators of ADIFF, “between diverse communities looking for works that cannot be found under the same roof in other festivals.” ADIFF’s ultimate ambition is to see an “informed and talented community come together to exchange ideas and strategies for improving our respective worlds.” “The exhibition of films on the Black experience is seriously neglected in this country, particularly in the “Art House” circuit,” explains N’Daw-Spech.  In some cases, it is because of lack of will to challenge traditional audiences and reach out to new ones. In other cases, it might just be because of lack of imagination. But, a lot of the films offered in commercial and independent venues present a very limited vision of what the Black experience is.” “Our goal is to present quality products and expand that vision through film.” “Films can play a role beyond that of just entertaining people,” says Barroso-Spech, “and they can be an incredible source of information and education that leads to a better understanding of the world.”  The New York Times applauds the Spechs’ “international sensibilities” and their penchant for promoting work such as 2002’s series favorite, the animated Kirikou and the Sorceress.