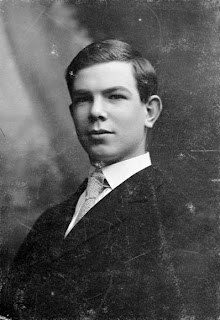 and Hurray for Johnny Canuck!) has a new play premiering at Factory Theatre – Bethune Imagined, November 13 to December 12, 2010.  It looks at the charismatic and contradictory iconic figure, Norman Bethune (1890-1939 - pictured right in 1905), through a six-month period in his life in Montreal in 1936, prior to his departure for Spain and, subsequently, China where he died a hero to billions of Chinese. The play is also a reflection of the turbulent and heady times of the mid-1930s, a time of emancipation for women, and also a time of wide political debate and engagement.

“Bethune is a character that has always fascinated me,” says Gass (Artistic Director of Factory), who also directs the world premiere. “But I found myself equally intrigued by the remarkable women in his life.” Renowned for a volatile, unconventional personality, Bethune’s own wedding vow included the promise, ‘With me, you may be unhappy, but you will never be bored.’ Norman Bethune was a Canadian physician, medical innovator, writer, artist and political activist whose service in war-time medical units during the Spanish Civil War and with the Communist Chinese 8th Army during the Sino-Japanese War, saved thousands of lives. (He's pictured on a Chinese stamp below.) 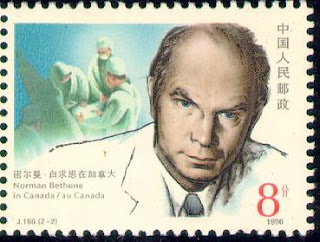