Aida has its first public broadcast on Saturday, December 4, 2010 on CBC Radio 2’s Saturday Afternoon at the Opera and through internet streaming on coc.ca.  The inaugural broadcast of the COC’s Aida will be supported by an online chat at coc.ca featuring special guests from the production’s cast and creative team.

From 1 p.m. to 5 p.m. on December 4, listeners at coc.ca will have the extraordinary opportunity to interact directly with Aida’s conductor, and COC Music Director, Johannes Debus, and cast members Sondra Radvanovsky, (pictured in the role, left,) and Jill Grove, who performed the roles of Aida and Amneris, respectively. Debus, Radvanovsky and 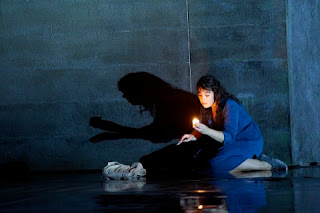 Grove will be joined by other members of Aida’s cast and creative team, providing unique insight into how this production was brought to the stage as they answer questions and share anecdotes.

Those new to opera, as well as seasoned opera lovers, can join the discussion at coc.ca and enhance their listening experience by connecting with fellow opera enthusiasts.  The online chat is an opportunity to share thoughts on the performance, ask questions, and spend some time talking about this new production of Verdi’s grandest opera.  While at coc.ca, visitors can also read the Aida synopsis and cast list, view production photographs and videos, discover what to listen for in the Aida broadcast and even send an Aida-themed eCard.

In conjunction with the COC’s Broadcast Partner, CBC Radio 2, each opera of the COC’s 2010/2011 season will air twice nationally on CBC Radio 2’s Saturday Afternoon at the Opera and Radio-Canada’s Espace Musique.

The broadcasts will also be available for internet streaming on CBC Concerts on Demand, cbc.ca/radio2, as well as coc.ca for a period of 12 months after the initial streaming date. 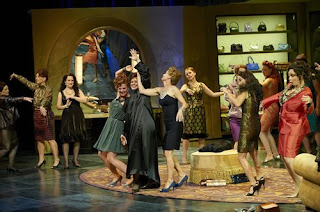