Client 9: The Rise and Fall of Eliot Spitzer Opens in Toronto Nov 19

Continues in Toronto and Montreal 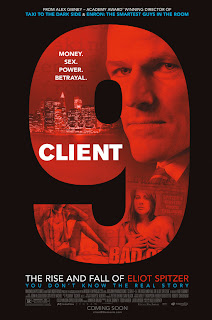 (Toronto….. October 29, 2010) Passion and power collide in the shocking story of Eliot Spitzer, a law-and-order figure known as the Sheriff of Wall Street, whose career was ended by his association with prostitutes. But was the New York Governor and ex-Attorney General Spitzer set up by the very corporate criminals on whom he’d declared war?

It’s a scenario raised in Client 9: The Rise And Fall Of Eliot Spitzer, by Oscar®-winning documentarian Alex Gibney.

Following its recent premiere at the Toronto International Film Festival, Client 9 heads to theatres in Toronto on November 19.

The Academy Award®-winning director of Taxi To The Dark Side, and ENRON: The Smartest Guys in the Room, Alex Gibney offers up an in-depth look at the rapid rise and dramatic fall of New York Governor Eliot Spitzer. 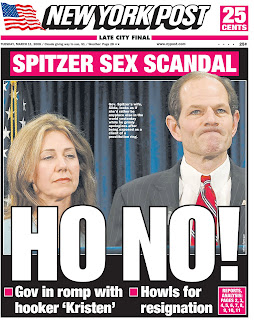 As New York's Attorney General, Spitzer prosecuted crimes by America’s largest financial institutions and some of the most powerful executives in the country. After his election as Governor of New York, with the largest margin in the state's history, many believed Spitzer was on his way to becoming the nation's first Jewish President.

Then, shockingly, Spitzer’s meteoric rise turned into a precipitous fall when The New York Times revealed that Spitzer - the paragon of rectitude - had been caught seeing prostitutes.

As his powerful enemies gloated, his supporters questioned the timing of it all: as the Sheriff fell, so did the financial markets, in a cataclysm that threatened to unravel the global economy.

With unique access in to the escort world, as well as to friends, colleagues and enemies of the ex-Governor (many of whom have come forward for the first time) the film explores the hidden contours of this tale of hubris, sex, and power.
alex gibney documentary film eliot spitzer new york attorney general new york city scandal new york times toronto film release wall street scandal