Dance at the Young Centre (Toronto) this December

Dance at the Young Centre:

Toronto, ON – November 2, 2010 – Albert Schultz, General Director of the Young Centre for the Performing Arts, today announced the return of Dance at the Young this December featuring the world 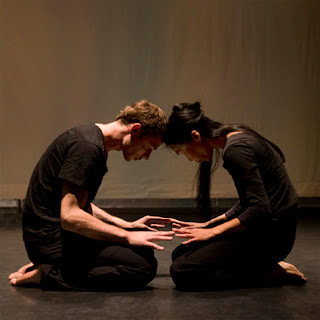 premiere of Young Centre Resident Artist Andrea Nann’s Beside Each Other, the Collisions Dance Festival and the critically acclaimed Full Bloom which played to sold-out houses this past January. Beside Each Other runs December 2 – 9, 2010, the Collisions Dance Festival runs December 10 – 12, 2010 and Full Bloom choreographed and performed by contemporary dance masters Robert Glumbek, Kevin O’Day and Luches Huddleston Jr., runs December 14 – 18, 2010.

Dancer and choreographer Andrea Nann presents the world premiere of Beside Each Other performed by Andrea Nann and Brendan Wyatt featuring the music and poetry of Gord Downie (The Tragically Hip) from his solo projects Coke Machine Glow and Battle of the Nudes. Comprised of a series of short duets, Beside Each Other explores the private landscape between a man and a woman as they tread through deep intimacy, heartache and separation to harmonious love.

The Collisions Dance Festival is a weekend of dance programming involving multidisciplinary performances, spontaneous creations, interviews, and social dances in a format that allows audience members to experience up to 5 shows of their choice. 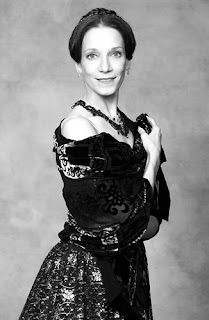 • Emoticonics, a love story told through dance, beatbox, and social media directed by Weyni Mengesha;
• Barlight, an exploration of human nature and its depiction through dance choreographed by Susie Burpee;
• Exploded Music/Expanded Dance, created by David Buchbinder, Roberto Campanella and Robert Glumbek, explores the continuum between sound and movement to bridge together the musician and the dancer;
• Marble, a multidisciplinary showcase performance of works developed by the participants of the Young Centre’s Emerging Artists Program, directed by Weyni Mengesha;
• Hot Seat, conceptualized by Andrea Nann involves 5 dancers, 2 musicians, 1 spoken word artist and 1 choreographer in the hot seat who must create a 20-minute piece on the spot;
• Virtuosic Toronto, spearheaded by Young Centre Resident Artist Waleed Abdulhamid, involves music and choreography created to film footage of everyday Torontonians doing their jobs.

Also, Collisions Dance Festival will include Moving Conversations, featuring interviews with Evelyn Hart, Peggy Baker, Allen & Karen Kaeja, BaKari Lindsay and Charmaine Headley along with Social Dances where audiences and artists are led by an instructor from a particular dance genre.

After its world premiere at the Ballett Mannheim in Germany and sold-out run in January 2010, three of the world’s most dynamic and exciting male dancers return to the Young Centre in Full Bloom.  Robert Glumbek is a dancer and choreographer of international acclaim, formerly of The Great Theatre of Opera and 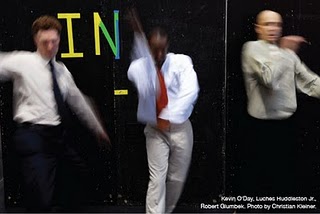 Ballet in Warsaw. Kevin O’Day is Artistic Director of the Ballett Mannheim at the Nationaltheater Mannheim in Germany, Luches Huddleston Jr. is a renowned choreographer and former dancer with the Alvin Ailey American Dance Theater in New York. Full Bloom is the personal and intimate journey of three men through the joys of fatherhood, the demands of manhood, and the challenges imposed by physical age.