This past September, the film was chosen to open the Toronto International Film Festival’s Canada First! Program where it received great buzz from the critics and public alike.  Daydream Nation marks the full-length directorial debut of Michael Goldbach and features the stunning lead performance by Kat Dennings (Nick and Norah’s Infinite Playlist, Thor). 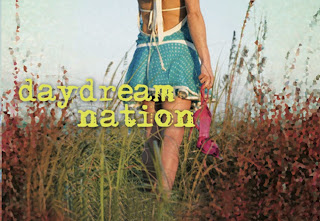 The announcement was made official at the annual AFM, jointly by Joker Films Tim Brown and Anchor Bay Entertainment President Bill Clark.  Daydream Nation will be released theatrically in 2011.

“I could not be happier working again with Kevin Kasha and his team at Anchor Bay,” said a beaming Brown.  “They put a ton of passion into all their films and we are lucky and grateful to have them as our partner for Daydream Nation.”

“Daydream Nation is a great addition to the 2011 Anchor Bay slate,” said Clark.  “Our team has the ability to really target the audience that will love this film.”

“We loved Daydream Nation when we first saw it at Toronto,” added Kevin Kasha, Executive Vice President of Worldwide Acquisitions and Co-Productions for Anchor Bay Films.  “And we’re glad that Tim is back with the Anchor Bay family again.”

Caroline Wexler (Kat Dennings) is a witty, sexy and wickedly intelligent 17 year old who quickly realizes she has little in common with the hicks that populate her new high school.  So she has an affair with the one person she connects with – her handsome young teacher, Mr. Anderson.  As one would expect, Caroline’s 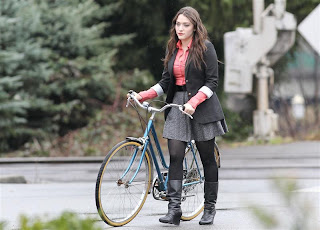 extracurricular affair takes a turn for the worse when she realizes he is deeply dysfunctional and tortured by his mysterious past.  When she breaks off the affair in favor of a classmate, Mr. Anderson does everything to sabotage the budding high school romance.  Caroline’s chaotic life begins to mirror the hysteria of the small town as rumors of a serial killer start to swirl.  In the middle of a high school party-turned full blown riot, Caroline’s life changes forever.

Variety called Daydream Nation “…Juno as reimagined by David Lynch or a funnier, sunnier Donnie Darko.”  Cinematical dubbed the film “…cinematic crack to the youthfully disenfranchised” and said it had the “sarcasm of Heathers…”

About Joker Films, Inc.
Joker Films was founded by Tim Brown in July of 2009 and the young entertainment company has been growing faster than anticipated.  The company’s mission is to acquire and produce marketable films for worldwide distribution.  In a short period of time, Joker Films has acquired global distribution rights to over 20 feature films in the past year and closed deals in more than 30 countries.  Joker is now producing features and expanding into series development and distribution.

About Anchor Bay Films
Anchor Bay Films is unique in that it offers the creative community a fully integrated distribution capability on all platforms and an international solution extending beyond the U.S.  Anchor Bay Films is a division of Anchor Bay Entertainment and is on the ground providing quality distribution with operations in the U.S., United Kingdom, Canada and Australia, as well as distribution capabilities in other key territories. The company focuses on a platform release strategy for its films with an eye toward maximizing their potential across all ancillary distribution platforms. The company recently released the critically acclaimed comedy City Island starring Andy Garcia and Solitary Man starring Michael Douglas. Anchor Bay Entertainment is a subsidiary of Starz Media, LLC (www.starzmedia.com) which is a controlled subsidiary of Liberty Media Corporation attributed to the Liberty Starz tracking stock group (NASDAQ: LSTZA).
anchor bay films andie mcdowell canadian film news daydream nation independent film news joker films kat dennings michael goldbach reece thompson tiff movie release