on November 24, 2010
It's not only about culture, it's the fate of a nation - a PSA for Canadian residents from Southern Sudan:

• The Southern Sudan Referendum will give the people of Southern Sudan the opportunity to vote for either the unity of Sudan or secession.
• The referendum is run by the Southern Sudan Referendum Commission (SSRC), a body independent from the governments of Sudan and Southern Sudan. The International Organization for Migration (IOM) is assisting the SSRC to implement out-of-country registration and voting in eight countries, including the US. The IOM’s operational role does not involve covering transportation and accommodation costs for voters.
• In Canada, registration will take place in Calgary, Alberta and Toronto, Ontario.
• In order to vote, you must be registered and carry your registration card to the polls in January 2011. 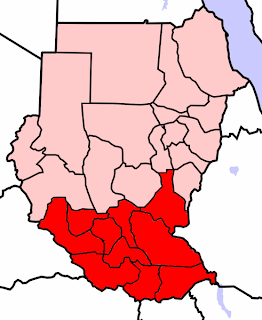 • Registration will begin on November 15 and end on December 1, 2010.
• Hours of Operation: 10:00 AM – 7:00 PM Monday through Saturday; 12:00 PM – 5:00 PM Sundays
• To register, you need to be 18 or over at the time of registering, and fulfil the eligibility criteria issued by the SSRC, (for more information please see the website).
• The following documents are acceptable to prove eligibility - written certificate/document issued by a Sudanese authority (even if expired) or a document issued by the United Nations High Commissioner for Refugees (UNHCR). If you do not have these documents there will be an Identifier (community leader) at the registration place that will orally confirm/deny your eligibility.
• You must register in person
•  It is recommended to register early as the registration centre may get busy towards the end of the registration period.
• You can ONLY vote where you have registered. Registration cards are given when you register. You will need these to vote.
• Voting will begin on January 9 and end on January 15, 2011.

You can register to VOTE at the following locations:

Step 1:
• Your hands will be checked for traces of ink, to ensure you have not already registered, (see procedure below).

Step 2:
• Your documents will then be examined to check your identity and eligibility.
• If you do not have documentation, an Identifier may be able to confirm your identity by oral testimony.
• If your eligibility and identity are affirmed, the station staff will then fill out the registration form with your name, age, gender and address.
• They will also place your right thumbprint on the form, as well as on your registration card.

Note: If your eligibility and identity cannot be affirmed then you will not be able to register.
Step 3
• Your registration card will be laminated.
• Your left index finger will be inked to show you have now registered.
• You will be given your laminated registration card, and reminded to keep it safe, as you will need to present it when you come back to vote.

Note: Your entry and card will be cancelled and a new entry made / card issued if:
• A mistake is made when filling out the entry or the card.
• The details on the card are found to be incorrect after lamination.
• The lamination of the registration card has not been performed correctly.

Remember:  Keep your card safe – you will need it to vote!