Zero Film Festival is the first and only festival EXCLUSIVE to self financed filmmakers and the authentically independent films they create.

In the age where the majority of festivals are Hollywood marketing campaigns, and even "indie" and

The 3rd Annual Zero Film Festival, scheduled for November 2010 in New York, and in December in Los Angeles and now Miami, maintains the Zero tradition of bringing cinema lovers the best new self-financed cinema the world has to offer, from feature length narratives and documentaries to expansive shorts program and our curated experimental, music video, conflict nation and youth filmmaker programs.

Zero Film Festival, the first festival exclusive to self-financed filmmakers, has our New York opening night party on November 13th at Nutroaster Studios kicking off an epic week of film, music and fun. 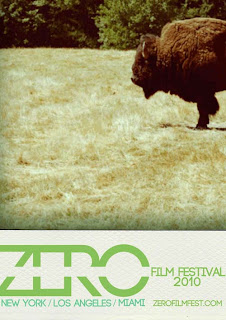