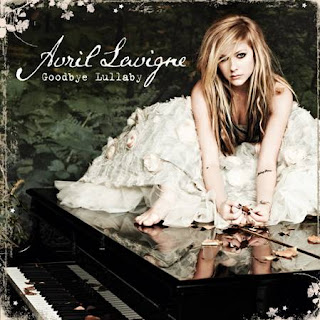 Lavigne worked with longtime collaborators Deryck Whibley, Evan Taubenfeld and Butch Walker, as well as songwriter/ producer Max Martin.  Lavigne continues to share her personal experiences through her writing and music, and Goodbye Lullaby is a further evolution of this, propelled by a more raw and organic sound.

Among its upbeat tracks are “What the Hell,” an unabashed embrace of fun and freedom, and “Stop Standing There,” fueled by an early-‘50s girl-group feel.  The album runs the gamut of emotions: Lavigne expresses her gratitude for special people in her life in the rocker “Smile,” explores the dynamics of a relationship in “Push,” shows her vulnerable side in “Wish You Were Here,” and finds the strength to close one chapter of her life and move on to the next in the title track “Goodbye.”

Outside the recording studio, Lavigne is a successful entrepreneur who continues to design and direct her lifestyle apparel brand, Abbey Dawn, which has expanded its worldwide footprint and will be shipping to 50+ countries beginning this month.  Along with her popular fragrance Black Star, she recently introduced Forbidden Rose and is launching a third fragrance in 2011.  This September, Lavigne’s past charitable work also inspired her to create The Avril Lavigne Foundation.  The Foundation works in partnership with leading charitable organizations to design and deliver programs, raise awareness, and mobilize support for children and youth living with serious illnesses or disabilities.