The film expands nationwide this Friday, January 14th, 2010.
Markets include: 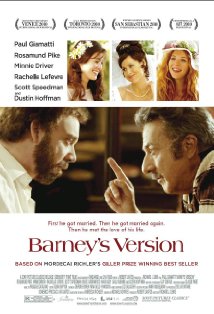 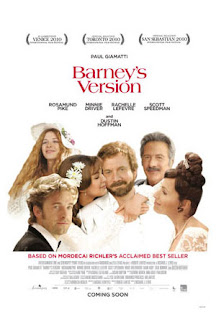 From producer Robert Lantos, BARNEY'S VERSION based on Mordecai Richler's prize-winning comic novel, is the warm, wise, and witty story of Barney Panofsky, (Paul Giamatti), a seemingly ordinary man who lives an extraordinary life.  Barney’s candid confessional spans four decades and two continents, and includes three wives (Rosamund Pike, Minnie Driver, and Rachelle Lefevre), one outrageous father (Dustin Hoffman), and a charmingly dissolute best friend (Scott Speedman).  BARNEY’S VERSION takes us through the many highs -- and a few too many lows -- of a long and colorful life with an unlikely hero at its center —the unforgettable Barney Panofsky.