on December 27, 2010
One of the great things about having this blog is that people have introduced me to so many interesting artists. From a media release - and especially  recommended if you like Nick Cave, Edward Sharpe and the Magnetic Zeroes, and the Arctic Monkeys: 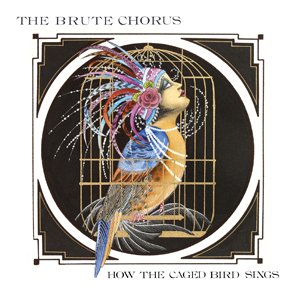 London's eight legged rockers The Brute Chorus celebrate the festive winter spirit with Birdman, their third release from their sophomore album How The Caged Bird Sings

. The single will be released on Jan 16th, 2011 via The MuseBox/EMI Distribution.

Birdman is a voodoo-infused rockabilly gem with a frenetic atmosphere that embodies the rock n roll spirit of Jerry Lee Lewis. The undeniable sense of urgency is what makes The Brute Chorus such a compelling live act, and the attention they've received, both in their native UK and internationally, lies in their ability to also reflect this so intensely on record.


The Brute Chorus - Could This Be Love? from XXXVIII on Vimeo.

• The single Birdman can also be purchased on iTunes, along with the rest of The Brute Chorus discography (no video of it available at the moment btw).
british music emi distribution folk blues rockabilly single release the brute chorus the musebox uk band