on December 09, 2010
From a media release - bringing quality opera to kids:

Toronto, Ontario – The Canadian Opera Company’s Xstrata Ensemble Studio School Tour completed its most ambitious tour of elementary schools to date on December 5, 2010, with the casts and

crews of two productions travelling a combined 9,068 km and giving a collective 47 performances since November 8, 2010. In addition to the annual trip to communities across Ontario, the Inuit communities of Salluit and Kangiqsujuaq in the Nunavik region of northern Québec were added to the list of destinations, taking the school tour farther north than ever before.

This fall, the COC presented its acclaimed operas, Isis and the Seven Scorpions, by Canadian composer Dean Burry, and Cinderella, a combination of Jules Massenet’s and Rossini’s musical scores, as part of the school tour. For many of the thousands of children who attended the in-school presentations, in Ontario 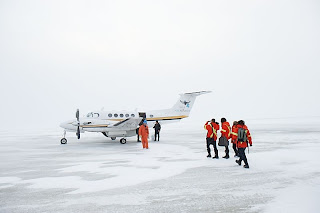 and Québec, the Xstrata Ensemble Studio School Tour was their first experience with opera, allowing them to discover a new and exciting art form. “I think it was really cool. I have never seen opera before," shares a Grade 3 student from St. Joseph Catholic School in Markham, Ont. A Grade 6 student from Roberta Bondar Public School in Brampton, Ont., adds, “To see someone with this type of talent perform was an extraordinary experience for me.”

The COC’s visit to Salluit and Kangiqsujuaq was made possible by major global diversified mining group Xstrata, which is the Title Sponsor of the school tour. As both Inuit communities are only accessible by air, the cast and crew for Cinderella were flown into each community from the tour’s home base at Xstrata Nickel’s Raglan mine, located nearby. In addition to the school performances, members of the Cinderella production presented a short program of operatic arias for 150 employees of the Raglan mine.

Here's a look at what they saw (excerpts from Isis and the Seven Scorpions):


The COC was originally scheduled to perform its school-friendly production of Cinderella for the students of Pigiurvik School in Salluit on November 16 and Arsaniq School in Kangiqsujuaq on November 17. Shifting weather conditions in this sub-arctic region of Québec, however, necessitated several last-minute scheduling changes. Ultimately, both in-school presentations took place on November 17, when improved flight visibility allowed the 12-seat commuter turboprop plane transporting the COC team to successfully reach these remote areas of the region. The touring production of Cinderella was performed for a total of 400 school children and community members, an estimated 21% of the combined populations of Salluit and Kangiqsujuaq, for whom Inuktitut is the primary language, followed by French and English. 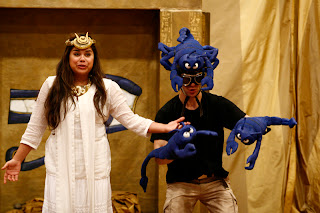 Since becoming the Title Sponsor of the school tour in 2007, Xstrata’s support has significantly expanded the tour’s geographical reach. In addition to this year’s trip to Québec, schools in Timmins and Sudbury in northern Ontario have hosted school tour performances for the past two and three years, respectively.

“Xstrata is proud to sponsor the tour and bring it to the northern communities in which we operate,” says Ian Pearce, Chief Executive Officer of Xstrata Nickel. "We were especially pleased to facilitate the trip to Nunavik for the first time this year where our Inuit community partners had the opportunity to experience opera first hand, while also having the opportunity to share some of their own cultural traditions."

"The students who experienced this year’s school tour have been unanimous in their response to both productions: they have been engaged, excited and entertained by the performances they attended,” says Alexander Neef, General Director of the Canadian Opera Company. “The Xstrata Ensemble Studio School Tour is living proof that opera is an art form accessible to people of all ages, of any language, of any cultural background, everywhere." 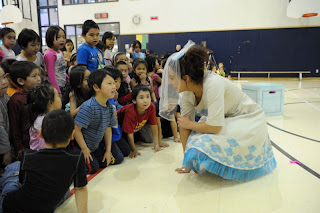 The annual Xstrata Ensemble Studio School Tour reaches over 16,000 students from Kindergarten to Grade 6 and displays the talents of professional singers from the renowned COC Ensemble Studio training program. The tour features a 50-minute performance sung in English, which is adapted for a younger audience, concluding with a post-show question-and-answer period with members of the cast and crew.

The COC’s Ensemble Studio is Canada’s premier training program for young opera professionals and provides advanced instruction, hands-on experience and career development opportunities. The Ensemble Studio is generously supported by the Government of Canada through the department of Canadian Heritage, RBC Foundation and additional donors. 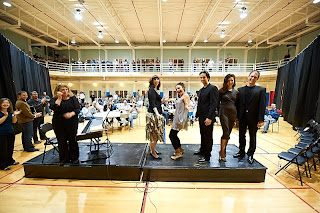