Debus conducts this timeless masterpiece and Tony Award®-nominated director Diane Paulus makes her COC debut with this playful production for all ages.  The Magic Flute also features Canadian opera stars Michael Schade and Isabel Bayrakdarian, singing together at the COC for the first time, in the roles of Mozart’s star-crossed lovers Tamino and Pamina. 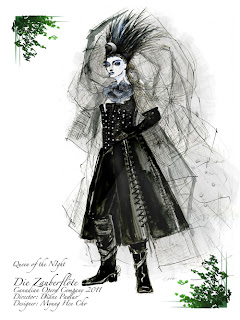 A humorous, sometimes profound, exploration of the trials of growing up, seeking ideals and finding love, The Magic Flute follows the adventures of Prince Tamino as he undergoes feats of heroism to rescue his love, Pamina, from the forces of evil.  Joining Tamino on his journey is the comic birdcatcher Papageno, who dreams of one day finding his own sweetheart.  The Magic Flute was an immediate hit when it debuted in 1791, with nearly 100 performances taking place in the first year after its premiere, and has been an audience favourite ever since.  The opera’s eternal appeal can be attributed to the music as The Magic Flute features some of Mozart’s most beautiful and purely infectious melodies.

Leading the COC Orchestra and Chorus is COC Music Director Johannes Debus, who recently conducted the COC’s thrilling new production of Aida.  He is joined by director Diane Paulus, a Tony Award®-nominee for Broadway’s HAIR and the Artistic Director of the American Repertory Theater, who makes her COC debut.  Sets and costumes by acclaimed designer Myung Hee Cho capture the sense of play and wonder in Mozart’s music, as well as the whimsy and wisdom experienced in the opera’s journey for self-knowledge, truth and love. The lighting is designed by Scott Zielinski. 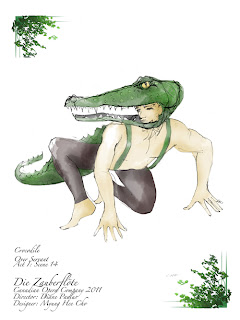 Canadian tenor Michael Schade performs the role of Tamino.  Last heard with the COC in 2009’s Rusalka, Schade is one of the leading Mozart tenors on the stage today.  COC Ensemble Studio graduate soprano Isabel Bayrakdarian, whose stage presence and musicality last enchanted COC audiences in 2010’s Idomeneo and 2008’s Pelléas et Mélisande, is Pamina, a role she recently sang with the Metropolitan Opera.  Canadian tenor Frédéric Antoun, who is quickly becoming a much sought-after performer in North America and Europe, shares the role of Tamino and makes his COC debut with this production.  Also cast as Pamina is COC Ensemble Studio member Simone Osborne, a rising young singer lauded by the New York Times for her “sweet and clear sound, sensitive phrasing and gleaming sustained high notes.”

Russian baritone Rodion Pogossov, last heard in 2007’s The Barber of Seville and a regular performer with the Metropolitan Opera, returns to the COC to sing the role of Papageno, and recent Ensemble Studio graduate soprano Lisa DiMaria is his sweetheart, Papagena.  Canadian soprano 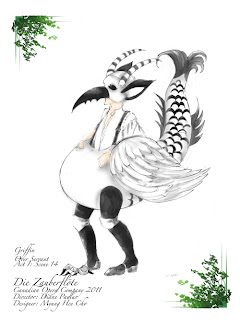 Aline Kutan makes her mainstage debut in her signature role, the Queen of the Night.  Also making their COC debuts are Russian bass Mikhail Petrenko, who is the priest-king Sarastro, and American tenor John Easterlin as Monostatos. Former Ensemble Studio bass-baritone Robert Gleadow, last seen with the COC in 2009’s La Bohème and A Midsummer Night’s Dream, sings the Speaker of the Temple.

Rounding out the cast are many new and returning Ensemble Studio members: graduate soprano Betty Waynne Allison, mezzo-soprano Wallis Giunta and graduate mezzo-soprano Lauren Segal are the First, Second and Third Ladies, respectively; bass Neil Craighead sings the First Priest and is joined by graduate tenor Michael Barrett as the Second Priest; and bass Michael Uloth is cast as the Second Armed Man.  Performing the role of the First Armed Man is tenor Gregory Carroll, in his COC debut.  Singing the First, Second and Third Spirits are members of the Canadian Children’s Opera Company.

The Magic Flute was Mozart's final opera, receiving its premiere only three months before his death in December 1791. 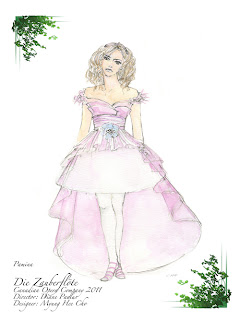 lead roles in their own performance of The Magic Flute on Thursday, Feb. 17, 2011 at 7:30 p.m.  Under the direction of the same creative team as the mainstage cast, the Ensemble Studio members also appear with the full COC Orchestra and Chorus.

Images are sketches for the characters by Myung Hee Cho:
• The Queen of the Night
• The Crocodile
• The Griffin
• Pamina

Check their website for additional programmes and pre-opera talks.

NEW THIS SEASON: Standing Room
• Standing Room tickets for only $12, go on sale at 11 a.m. on the morning of each performance at the Four Seasons Centre Box Office.
• Limit of two tickets per person.
• Subject to availability.

Young People
• Special young people’s tickets are priced from $31 to $95 plus applicable taxes.
• These ticket prices apply to those who are 15 years of age or under, accompanied by and sitting next to an adult.