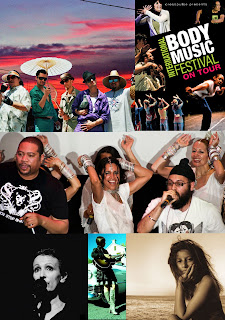 A confident burst of cutting-edge tradition will strike at “Here Comes Trouble”—presented by Trouble Worldwide and Barbès Records.

Tradition can make plenty of trouble, as this year’s artists prove: Human beat boxes boom and bap next to Quebec-style kitchen clogging. Roots-driven hardcore vallenato from Colombia’s Caribbean coast (via L.A.’s hot clubs) sways boldly along side a cabaret singer with a Brechtian pedigree and a cache of classic Romanian Gypsy songs. The gentle pulse of Madagascar bumps up against cascades of hard-hitting Indian beats.

“It’s not about hybrids anymore. It’s about doing what you love and live and know, and running wild with it,”

“Performing arts centers are opening up to new audiences, in hopes of bringing younger people to the venues,” Casazza explains. “What they’re finding is that that there are these youthful, high-energy artists who know how to reach across genres and generations, thanks to their smart, deep approach to local traditions from all over. Bands like trans-Mediterranean Watcha Clan or Slavic Soul Party! get young folks in the door and get the older patrons dancing.”

For the third year in a row, Casazza has teamed up with fellow world music troublemaker Conan, who shares her ear for innovative, organic artistry. Both sense a new and exciting openness to local tradition, presented masterfully. “Hybridization was a way to make unfamiliar global music more palatable to new audiences,” reflects Conan. “But musicians aren’t making world music anymore; they make their music and play it the intense, funky way it’s been played for generations.”

Singing songs she learned as a child with effortless flair (she has family ties to Bertolt Brecht and long career in German theater, after all), Sanda Weigl creates a fresh approach—right down to her all-Japanese band—to Romanian Gypsy gems thanks to her polished yet vulnerable voice. 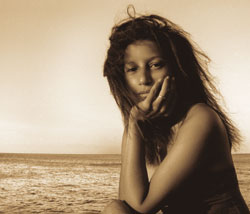 Singer and songwriter Razia Said's nomadic life has taken her across Africa to France, Italy, Ibiza, Bali and New York City, but despite these wanderings, her heart and soul remains inexorably tethered to Madagascar, the land of her birth. With a jazz-inflected grace reminiscent of Joni Mitchell, Razia calls for more awareness and action to save the unique natural environment of her island home. (She's pictured below)

Music you can see, dance you can hear.  Evocative and visceral, the International Body Music Festival concert explores the sonic possibilities of the human instrument with an amazing roster of artists from the Americas, including legendary beatboxers, contemporary takes on Quebecois kitchen clogging, and modern remixes of African American traditions like hambone.

This is really cool:

10:15pm: A very special guest from Canada…Not to be coy, but we may just have a secret special guest hop out of the audience and onto the stage. 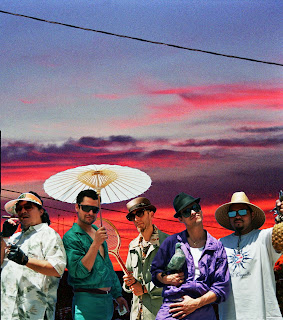 A Caribbean soul and a California heart have sustained a decade of ceaseless romp-downs and raucous times for L.A.’s vallenato veteranos Very Be Careful, inciting 10s of 1000s of men, women, children, and even some wild animals, to boogie to the Colombian coastal beat.