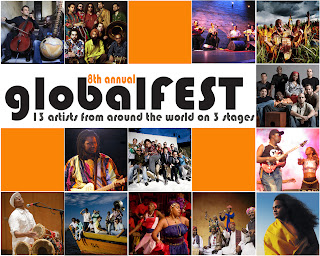 globalFEST , the preeminent springboard for global music in North America, has been exploring and presenting a deeply rooted, sonically diverse world to influential  North American arts professionals and avid music fans for eight years. Keen to find global performers—both veterans and newcomers—perfectly poised for wider notoriety, globalFEST throws one of the year’s best international music parties while expanding the horizons of musicians and audiences alike.

“I recently met a presenter who specializes in experimental music,” recounts Bragin. “And even he was more and more interested in traditional music. He said that he was finding a freshness in tradition that felt less homogenized than many of the so-called musical ‘experiments’ he encountered. We’ve seen a similar response to previous globalFEST performers who represented lesser-known musical traditions from global ethnic minorities.” 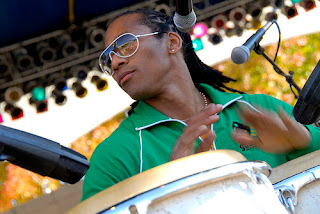 This freshness pops out of performances by the Creole Choir of Cuba (who have toured previously in the U.S. as Desandann), who for generations have passed down songs in Cuba’s Haitian community with roots going back to the turn of the 19th century. Or in the stunning songs of youthful native Hawaiian artist Kaumakaiwa Kanaka'ole (NY solo debut), whose family has carefully tended the spiritual and sonic heritage of the islands for more than a century.

Many interpreters of deep and edgy roots have gained the respect of audiences and aficionados, yet still managed to fly below the radar. Pedrito Martinez, the Thelonious Monk International Jazz competition-winning percussionist and former Yerba Buena member, has been quietly playing a Manhattan restaurant gig three times a week. It’s attracted the likes of Eric Clapton and Roger Waters, while honing his Pedrito Martinez Group’s telepathic communication with music that ranges from traditional batá-rumba to Cuban jazz, son and timba.

Though hot on the salsa scene thanks to clever originals and quirky covers like the “Pantera Mambo” (based on Mancini’s Pink Panther Theme), Colombia’s La-33 made their first limited U.S. tour this past summer, selling out Lincoln Center’s Midsummer Night Swing in the process.

With a mission to highlight the diversity of Arabic culture for mainstream Western audiences, Zikrayat alternates between vocal and instrumental pieces in an authentic, educational and entertaining manner.

Senegal’s Yoro Ndiaye, making his U.S. debut, finds the more introspective sweet spot of dance-oriented mbalax, the glittering Afropop style made famous by Youssou N’dour, enjoying a renewed, ballad-driven popularity in Dakar. And guitar master Diblo Dibala, the eminence gris of Congolese soukous, will reveal why he earned the nickname “Machine Gun,” as his band and dancers offer a fast-paced invitation to boogie.

Other groups reframe tradition in striking ways, including Rhythm of Rajasthan, which takes the diverse music and dance from the birthplace of Gypsy culture (Rajasthan) and transforms it into an engaging and energetic burst on stage. Making their first U.S. appearance, Chamber Music (U.S. debut) entwines the cello of Bumcello’s Vincent Ségal and the masterful kora of Ballaké Sissoko (who has previously collaborated with Toumani Diabate and Taj Mahal), into an elegant, organic dialogue of string virtuosi. 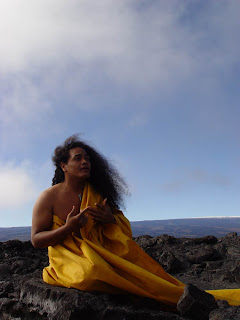 In only their second trip to the U.S., Orquestra Contemporânea de Olinda includes an all-star collaboration from Northeast Brazil’s red-hot mangue beat scene and offers a dialogue of a different sort, between the brassy horns of Pernambuco’s carnival frevo music and funk and rock.

“Because globalFEST’s primary mission is to present cutting edge music to presenters in town for the annual Arts Presenters conference whose performance spaces range from cabarets and clubs to major performing arts centers and outdoor festivals, we program globalFEST to fit this range of venues, while creating a great experience for the general public too” explains Soffer. “That’s why Webster Hall is an ideal place to see these musicians,” adds Thake. “Its three diverse stages allow audiences to experience artists in spaces best suited to their sound and energy.”

And that’s also why globalFEST, along with launching dozens of careers, has become the most influential world music showcase festival in North America, year after year, as well as an engine for cultural change and international connections.

“Global citizenry is a priority for France, and we continue to support globalFEST even in lean times, in hopes of sharing the multicultural musical heritages of francophone artists and beyond," says Emmanuel Morlet, Director of the Music Office at the French Embassy, the festival’s founding sponsor. “From increasing 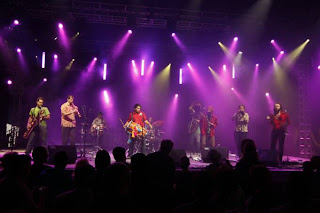 understanding to the real economic role the festival plays for emerging performers, now more than ever globalFEST plays a great role in connecting people across political boundaries.”