HolidayHoliday is a Brooklyn trio with a new release on the way in January 2011 (see more info below). 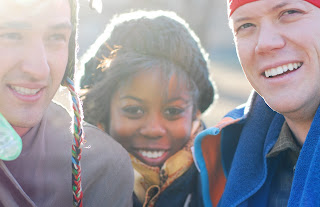 In the meantime, they've put together a Mix Tape of Christmas listening pleasure, along with some thoughts about each track. 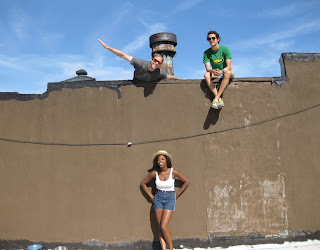 A band so good they had to be named twice, HolidayHoliday are a three piece out of Brooklyn whose music is definitely more 'shake your hips' than 'tap your foot' with bright, bristling keys, sultry vocals and Latin connotations.

The band formed following an audacious incident at Pianos in which Matt (keys) impulsively asked Lillian (vocals) if she could write and sing in French. Lillian lied and said yes. Nevertheless, joined by percussionist Graham, the trio began making music and soon recorded a song fittingly titled “France”. 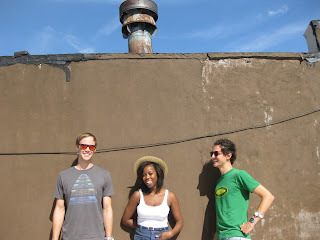 After some time the trio reunited on a song they called "Lu Rae" and shortly thereafter, landed the opportunity to record at Marcata Studios with Kevin McMahon (The Walkmen, Titus Andronicus).

Since then HolidayHoliday have been playing shows all across New York and have shared stages with such notable talents as Darlings, Teddy Blanks, Dinosaur Feathers, The London Souls, Fergus and Geronimo, and Soft Landing (members of Beirut).

The band have just put the finishing touches on a 7” vinyl that will be released independently in January of 2011.  Here's a taste of that, the first single called  "Hanged".