Toronto - The 2010-2011 Necessary Angel season is the company's most ambitious to date.  The season offers two shows premiering in June 2011 at Luminato, Toronto Festival of Arts and Creativity; a new

multi-disciplinary collaboration between two seminal Canadian artists; a tour to Ottawa; and the debut of Michael Ondaatje's first play in over two decades.

Divisadero: a performance, a new collaboration between Daniel Brooks and Michael Ondaatje, debuts this winter.  Brooks then teams up with recent Walter Carsen Prize winner Peggy Baker and Governor General's Award winner Michael Healey for Are You Okay, produced by Peggy Baker Dance Projects in association with Necessary Angel.  In June, the company's two Associate Artists, Graham McLaren (director of last season's multiple-Dora-nominated Hamlet) and Brigitte Haentjens (incoming artistic director of the National Arts Centre's French Theatre) premiere two new works commissioned by Luminato: McLaren directs a daring new adaptation of Racine's Andromache, written by Canadian poet and novelist Evie Christie and starring Arsinée Khanjian, while Haentjens brings to Toronto the English-language premiere of her acclaimed creation Tout Comme Elle, featuring a diverse cast of 50 women.  Finally, completing the season is a tour of Daniel MacIvor and Daniel Brooks' This Is What Happens Next to Ottawa's Great Canadian Theatre Company in May/June where it will be part of the Magnetic North Theatre Festival. 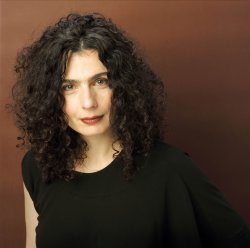 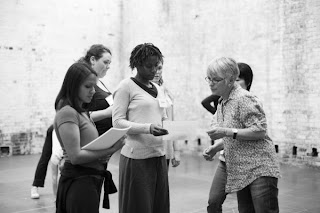 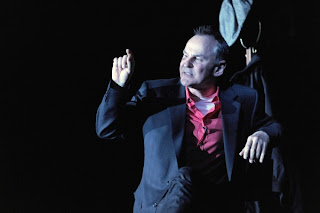 For more information, visit the Necessary Angel website at www.necessaryangel.com.

About Necessary Angel:
Founded in 1978 and based in Toronto, Canada, Necessary Angel has been an influential and original presence on the national and international theatre scene for over 30 years. Having produced over 50 productions, including 27 world premieres and 10 North American premieres, the company is considered to be one of English Canada's most important original creation and touring organizations.
Arsinée Khanjian brigitte haentjen canadian theatre daniel mcivor luminato 2011 Michael Ondaatje necessary angel peggy baker toronto theatre scene