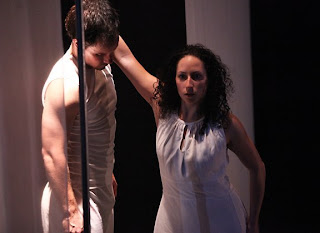 A multi-media work by choreographer Meredith Rainey, designer/ composer Jorge Cousineau, and dramaturge Anna Drosdowski, "Look Inside" explores the dimensions of voyeurism through the use of dance, video, and sound. The audience is complicit in the tensions that are inherent in the act of seeing and being seen and the underlying dynamic of power that exists between the voyeur and the exhibitionist.

Sarah Council Dance
Shadowlands
Shadowlands Journeys into the world of human trafficking and modern-day slavery. Inspired by the stories of trafficking survivors, five dancers move in and out of confining set pieces to the haunting music of Greg Heffernan.

Dance Entropy
Echo of a Trace
Echo of a Trace is an abstract affirmation of presence and location. This trio is filled with goddess like imagery displaying female knowingness, intricate sensuality, and awkward agressiveness.

The Dash Ensemble
Sundowning
Sundowning , with several highly physical chapters that blurs the line between the rational and psychotic mind. This work takes its audience through a daring display of deep connections between its characters and the connections they make within themselves through both real and imaginative circumstances.

DreDance
dre.diohead
In dre.diohead the lines that define public and private life are blurred as we traverse from the characters' homes to their shared street. Artistic Director Andrew Palermo shines a light through the windows, out of the doors and onto the pavement to illuminate that which binds us to, and repulses us from one another. 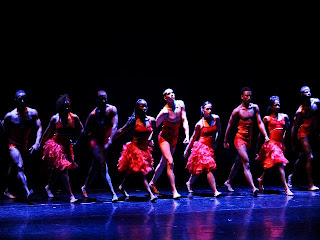 Helen Simoneau
Celui Qui Regarde
"a treat of choreographic craft and imagery with a balanced depth of characters"
- ExploreDance.com.
This highly gestural and detailed work displays strong musicality, intersecting patterns and sense of ritual and inevitability. The women’s female strength is showcased with movement that is sharp with confidence and deliberate attack.

Flight Distance: One
The distance an individual places between themself and others is the inspiration for the creation of this quintet. Unpredictable timing and asymmetrical placement sets the tone for the relationships within as the dancers move across various planes reacting to their environment and each other, explore distance, pairing, interweaving, and eventually, collision and conflict.

Tze Chun Dance
Sunderland
For over a century, gender, race and class politics have been negotiated through Argentine Tango's intricate 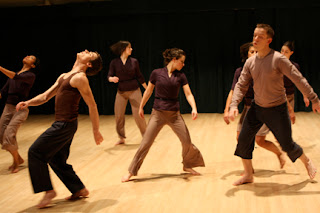