The Toronto Blues Society’s Maple Blues Awards return to Koerner Hall for the second consecutive year on Monday, January 17. The 14th edition of this annual gala event celebrating Canada’s top blues musicians will, as always, feature the popular Maple Blues Band, along with the finest blues artists and special guests from across Canada. A post-awards concert takes place in the Leslie and Anna Dan Gallerias (the lobbies of Koerner Hall) immediately following the main event.

Returning for the fourth season in a row to lead the Royal Conservatory Orchestra is the ever-popular Peter Oundjian, Music Director of the Toronto Symphony Orchestra. On Friday, January 21, he conducts a program consisting of Mozart’s Symphony No. 38 in D Major, K.504 “Prague”; Ravel’s Piano Concerto in G Major, performed by pianist Grace Kim; Rachmaninov’s The Rock; Fantasy, Op. 7; and Debussy’s La 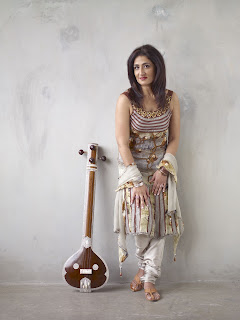 mer. Last season, the Orchestra first sunk its teeth into La mer in a special rehearsal with world-renowned conductor Zubin Mehta during his brief visit to Toronto.

Koerner Hall is transformed by the lush sights and sounds of India on Saturday, January 22 at the hands of multi award-winning vocalist and composer Kiran Ahluwalia, known for her gorgeous ghazals (a deep-rooted poetic tradition from northern India) and inspiring Punjabi folk songs. Ahluwalia, who last performed at The Royal Conservatory during the 2008.09 season in Mazzoleni Concert Hall, is joined by the incomparable Rhythm of Rajasthan. This group, comprised of traditional hereditary castes of musicians from the Langa and Manganiar communities, as well as a dancer from the Kalbelia tribe, opens the evening and also joins Ahluwalia for a couple of songs.

French pianist Hélène Grimaud makes a welcome return to Toronto in her Koerner Hall debut on Sunday, January 23. Always following her own, distinctive path in music, Grimaud only plays music that she likes, that speaks to her, and about which she has something meaningful to say. As a part of the Invesco Trimark Piano Series, she plays perhaps the darkest piano sonata written by Mozart, No. 8 in A Minor, K.310; Berg’s Piano Sonata in B Minor, Op. 1; Liszt’s Piano Sonata in B Minor, S.178, often considered the composer’s greatest composition for solo piano; and Bartók’s popular Romanian Folk Dances, BB 68 (1915). 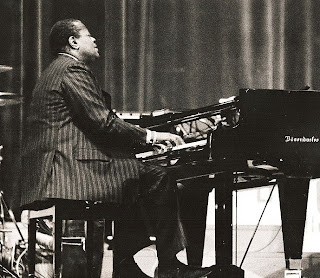 Aspects of Oscar series, dedicated to celebrating the legacy of the great Oscar Peterson, continues with Oscar’s Trios on Saturday, January 29. Peterson’s piano/bass/drums and piano/bass/guitar combinations are honoured by pianist Benny Green, bassist Peter Washington, drummer Willie Jones III, and Oscar’s long-time guitarist Ulf Wakenius. Benny Green received the Glenn Gould Protégé prize from Oscar Peterson in 1993 and, in 2007, they recorded the CD Oscar and Benny together. The New York Times wrote that Green “plays funky and hard, and breathes not only be-bop but Oscar Peterson’s virtuosic effusions as well.” This special evening will also feature an artist chat with Mervon Mehta, Executive Director, RCM Performing Arts, and a postlude concert in the Leslie and Anna Dan Gallerias. Prior to the concert, Ulf Wakenius conducts a master class for the students of the Conservatory on Friday, January 28.

On Wednesday, January 26, The Glenn Gould School Concerto Competition Finals take place in Koerner Hall, a free event showcasing the School’s most talented solo performers. The selected winner’s prize will be the opportunity to perform with the Royal Conservatory Orchestra during the 2011.12 season. 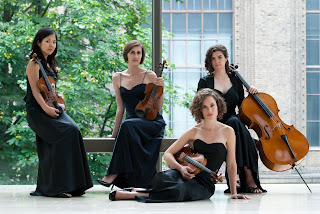 Mazzoleni Concert Hall performances continue on Thursday, January 27, with Cecilia String Quartet as part of the Discovery Series, and on Sunday, January 30, featuring Kathleen Rudolph & Friends as part of the Mazzoleni Masters series. Recent winners of the 2010 Banff International String Quartet Competition, the Cecilia Quartet is the first recipient of The Glenn Gould School Quartet Fellowship and one of the most inspiring chamber ensembles to emerge from Canada in many years. Flutist and Glenn Gould School faculty member, Kathleen Rudolph, is joined by guests Theresa Rudolph Koczo, violist, and Jeanie Chung, pianist, for a concert entitled French Focus. They perform a varied program of solos, duos, and trios that will include works by Duruflé, Widor, and Franck.

• Tickets are available online at www.rcmusic.ca, by calling 416.408.0208, or in person at the Weston Family Box Office
• Select any 4-6 concerts and save 10%; Select any 7+ concerts and save 15%; premium tickets available upon request
• A limited number of $10 rush tickets are available 90 minutes before all performances presented by The Royal Conservatory
• All concerts take place at The Royal Conservatory, TELUS Centre for Performance and Learning, 273 Bloor Street West, Toronto
Cecilia String Quartet classical music Hélène Grimaud indian music jazz Kiran Ahluwalia koerner hall Rhythm of Rajasthan royal conservatory of music toronto Ulf Wakenius world music