The Mill (Part 4) : Ash
Written by Damien Atkins
Directed by Vikki Anderson
January 12 - 29, 2011 at the Young Centre for the Performing Arts, Toronto 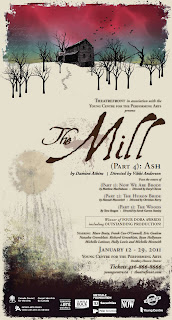 THE MILL stands: battered and surrounded by ash. Inside, five young people are clinging to life. A surprising conclusion to the series, ASH is a dark and poignant fable that confronts the sins of our ancestors and our struggle to find hope in the darkest of corners of our nation's past - and within the mill itself. Can hope take root on such poisoned ground?

Spanning 400 years in four plays, The Mill is Theatrefront's modern day ghost story that examines Canada's haunted relationship with its past. THE MILL is the biggest project ever undertaken by Theatrefront - a series of four full-length plays, written by four Canadian playwrights, starring the same ensemble of actors. THE MILL swept the 2010 Dora Mavor Moore Awards, receiving seven nominations and four awards in the Independent category.

The four plays of the cycle can be seen in any order or stand on their own as complete stories. If you missed the first runs, you can catch up on the three previous parts of The Mill in special performances.

1850. The mill is boarded up.
The townsfolk of Brody are attempting to bury a dark secret when the arrival of a young woman with the deed to the mill threatens to change everything. 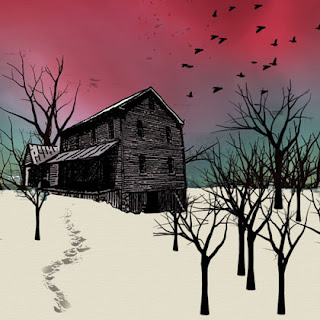 1834. The mill is fully operational.
A young woman braves the perilous journey across the Atlantic to work as a hired hand at The Mill and find herself engaged to its owner, but will the ghost of his ex-wife spoil their wedding plans?

1640. The mill does not yet exist.
The land is the site of a First Nations burial ground. The interactions between the First Nations people and the first settlers put the wheel in motion for the terror that will haunt this area for hundreds of years to come.
(Image below of Ryan Hollyman & Michelle Lattimer by Chris Gallow) 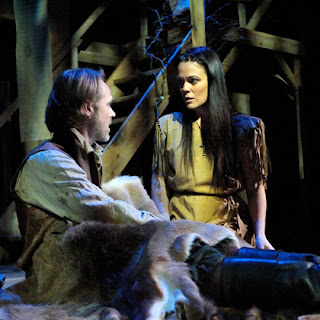 Theatrefront believes in crossing borders – both geographic and artistic - to create unique dramatic work infused with music, movement and media. Since its first Toronto production in 1999, numerous Dora nominations and critical acclaim have placed Theatrefront at the forefront of Canada’s independent theatre community.

Led by Artistic Director Daryl Cloran, Theatrefront’s productions are self-devised, created collaboratively by the ensemble and often take them abroad.  Acclaimed productions of RETURN (The Sarajevo Project) in 2006 and UBUNTU (The Cape Town Project) in 2009 were both created in collaboration with foreign artists before their Toronto premieres.