on January 18, 2011
From a media release - I've seen Ballet Jörgen performing other pieces - top drawer & highly recommended by both me and the New York Times.: 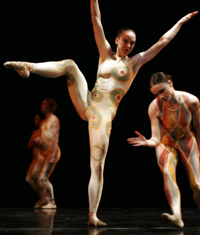 Toronto, ON – Ballet Jörgen Canada offers Toronto audiences energy, elegance and bold new creations with this January’s Classical and Contemporary Ballet. On stage January 28th and 29th at the Betty Oliphant Theatre, this program showcases the extraordinary range of the company’s dancers and works by some of Canada’s most popular choreographers.

Malgorzata Nowacka, one of the country’s most daring dance makers, has created Icarus, an extraordinary tour de force of physicality, seduction and daredevil dancing.  Uncompromising and unconventional, Ms. Nowacka is one of Canada's most exciting and original choreographers as well as Artistic Director of her own dance company: The Chimera Project.

A World Premiere by Ballet Jörgen Canada’s artistic director Bengt Jörgen, is set to music by Ignaz Moscheles, a late 19th century Bohemian composer and piano virtuoso. This upbeat ballet about warmth, love, support, and generosity is inspired by the memory of ballet devotee Ann Henderson. Costumes are by accomplished Canadian designer Ann Armit known for her work with the Royal Winnipeg Ballet and Canadian Opera Company.

The great Canadian choreographer Robert Desrosiers’ mesmerizing Rendezvous, with an original score by Eric Cadesky, will return to Toronto for the first time since its premiere in 2007. Featuring exhilarating speed and athleticism Rendezvous represents a new direction for this accomplished artist known for his signature theatrical dance presentations. 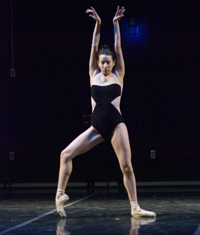 Also on the program will be Mr. Jörgen’s Swedish Songs hailed for its “sweeping, tender lyricism” by the New York Times.

Ballet Jörgen Canada is the only major Canadian ballet company with a repertoire exclusively of original works. For almost 25 years, the organization has sought to advance the art and appreciation of ballet and Canadian choreography through performance, educational experiences and outreach.

The organization is known as “Canada’s Local Ballet Company” and shares the art form with more Canadian communities than any other dance company. Through their performances and outreach efforts, 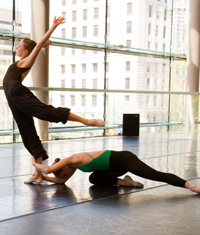 Ballet Jörgen Canada reaches over 50,000 people each year – one third of whom are under the age of 18. For more information visit www.balletjorgencanada.ca.