on January 05, 2011
From a media release - check out other details of the production in an earlier post:

We Are Thrilled to Introduce the Cast of
CAMP WANATACHI!

Marissa O’Donnell (Jana) was last seen as Teen Fiona in Broadway’s Shrek the Musical, and is featured on the show’s Original Broadway Cast Recording.  This summer Marissa will appear in the feature film Peace, Love & Misunderstanding.

Krystina Alabado (Titi) most recently performed in the first national tour of the Tony Award®-Winning musical Spring Awakening, directed by Michael Mayer, which visited 45 U.S. cities over the course of two years.

Natalie Elizabeth Weiss (Corky), who created CAMP WANATACHI, has also been creating music under the moniker Unicornicopia since 2001, and as a DJ has shared the stage with everyone from Steve Martin and Meryl Streep to Genesis, P-Orridge and Dave Longstreth of Dirty Projectors.

Alyse Alan Louis (Daisy) joins CAMP WANATACHI following roles in the acclaimed City Center Encores production of Bells Are Ringing, and in Mamma Mia on Broadway, one of the Great White Way’s most successful musicals of all time.

Keaton Whittaker (Lauren) – Currently doing double duty, Keaton is rehearsing with CAMP WANATACHI by day, and by night is starring in the acclaimed Broadway revival of A Little Night Music, opposite legendary stage performers Bernadette Peters and Elaine Stritch. 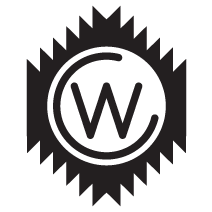 Thom Miller (Joel) is making his La MaMa debut after a series of starring roles at some of the most acclaimed regional theaters in the U.S. – most recently as Kent in Reasons to Be Pretty at The Studio Theatre in Washington, D.C., and as Jaime in The Last Five Years at The Denver Center.

Liz Byrne (Ensemble) has played numerous choice roles in regional productions of High School Musical, Grease, and All Shook Up. Most recently, Liz starred in the New York City workshop reading of Bare.

Hannah DelMonte (Ensemble) was seen in the most recent Broadway revival of Fiddler on the Roof , as well as in numerous U.S. touring and regional productions including 25th Annual Putnam County Spelling Bee and West Side Story.