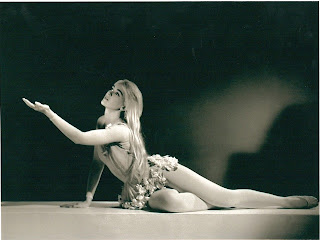 Returning to the Film Society of Lincoln Center’s Walter Reade Theater for the 15th consecutive year, the program offers an adventurous exploration of dance and film and the ways in which the two mediums engage, highlighted by the appearances of several of the films’ directors, choreographers and dancers.

This year’s festival defies expectations of traditional dance genres. Irish step dancing in the grass, teenagers exploring the work of lyrical/radical Pina Bausch, B-girls featured instead of the customary profiling of B-boys, a gorgeous look at what some might describe as a ‘cooler’ brand of flamenco and a mind-bending adaptation of Bach’s “St. Matthew Passion” by the famed Belgian dance company “Les ballets C de la B” are just a few of the thrilling surprises within the program this year.

Making its world premiere is the Opening Night presentation of Fabrice Herrault’s CLAUDE BESSY; LIGNES D’UNE VIE (TRACES OF A LIFE). The documentary profiles the French ballerina and ballet school director who was described as the “Golden Silhouette” by Serge Lifar. Bessy was an admired étoile of the Paris Opera Ballet and ran its prestigious school for decades. She created leading roles in several notable works, including Lifar’s “Snow White” and “Noces fantastiques”. Bessy also made television appearances and films, most famously as Gene Kelly’s partner in his INVITATION TO THE DANCE. Narrated by Bessy, the film features rare vintage classroom and performance footage of the dancer in her prime, including works by Kelly, Serge Lifar, and Maurice Bejart. The film’s Opening Night screening is sponsored by American Friends of the Paris Opera & Ballet/Eugenia Delarova Doll Fund.

Screening with CLAUDE BESSY; LIGNES D’UNE VIE (TRACES OF A LIFE) will be an excerpt from Nicolas Ribowski’s LES REFLETS DE LA DANSE (Reflections of the dance) (1979). The film shows Paris Opera Ballet School classes featuring former students of Claude Bessy, including Sylvie Guillem and Laurent Hilaire. Both films will screen Friday, January 28 at 6:00pm, and Saturday, January 29 at 4:00pm. Both Herrault and Bessy will attend and participate in Q&As following each screening.

Also slated to make its world premiere is Ina Hahn’s A NEW DANCE FOR AMERICA: THE CHOREOGRAPHY, TEACHINGS AND LEGACY OF DORIS HUMPHREY. The documentary explores the life and works of Doris Humphrey, a seminal figure in modern dance. Humphrey was a pioneer of the uniquely American art form who, along with others, changed the way dancers move. A prolific choreographer, many of her dances have long been considered masterpieces and her book, Making Dances, is arguably the most widely read book on choreography – one that is still taught in dance departments in colleges and universities. A NEW DANCE FOR AMERICA screens earlier in the day on Friday, January 28 at 1:30pm and again Tuesday, February 1 at 6:00pm. Hahn, as well as Humphrey’s son Charles Woodford will attend and participate in a Q&A after both screenings.

A short film making its world premiere is Rokafella’s and Kwikstep’s ALL THE LADIES SAY which offers a rare showcase of female break-dancers like Vendetta, Severe, Lady Champ, Aiko Shirakawa, Baby Love and Rokafella. Director and featured break dancer, Rokafella is slated to attend the festival.

Gsell’s BÖDÄLÄ – DANCE THE RHYTHM looks at the Swiss rhythm tradition that incorporates tap dance, flamenco and Irish dance. The film highlights (and to the uninitiated, may introduce them to) the entertaining personalities of the dancers as they use traditional dance forms and re-imagine and re-invent them to create innovative and exciting new styles and works. The film screens Monday, January 31 at 6:00pm and Tuesday, February 1 at 4:00pm. Gsell will attend and participate in a Q&A at both screenings.

Suo’s DANCING CHAPLIN is a combination documentary/performance film which follows the process to adapt, mount, and ultimately perform an updated take on French choreographer Roland Petit’s “Chaplin Dances” ballet based on Chaplin’s “Little Tramp” character. Choreographed by Italian ballet star Luigi Bonino and featuring Suo’s wife, Tamiyo Kusakari, the film offers an insiders glimpse into the creative struggle between Petit and Suo to stage and embrace the effort to breathe new life into the work. DANCING CHAPLIN screens at Friday, January 28 at 7:45pm and Saturday, January 29 at 1:30pm. 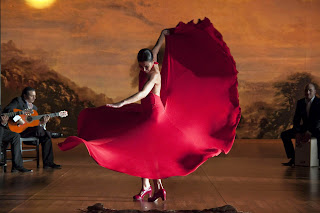 Daniel Belton’s playful melding of graphics and dance, PORTRAIT OF AN ACROBAT will also make its U.S. premiere at the festival. 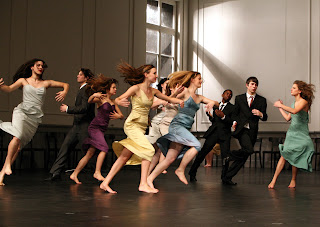 The Closing Night screening on Tuesday, February 1 of Anne Linsel’s & Rainer Hoffman’s DANCING DREAMS (with Linsel in attendance) will also feature the announcement of the 2011 Dance On Camera Festival Jury Prize Winner, followed by a reception after the film in the Frieda and Roy Furman Gallery co-sponsored by New York Women in Film and Television.

DFA’s latest Festival partner, The Big Screen Project, is an outdoor digital arts and culture wall with a 30 ft. x 16.5 ft. HD screen in a public plaza behind 6th Avenue between 29th and 30th Street.  Neil Sieling, head of Big Screen’s curatorial team, was a producer for LinkTV and Alive From Off Center, the PBS program that commissioned innovative dance films in the ’80s and ’90s.

“The program this year is a high voltage mix of cultural trends with films that often defy ones' genre expectations," said Joanna Ney, co-producer of Dance on Camera Festival. "Choreographers and filmmakers illuminate vanishing arts or jump into untested territory with relish," from the Armenian" The Last Tightrope Dancer" to the groundbreaking U.S "All the Ladies Say" about female break dancers. Beloved choreographers such as Doris Humphrey also hold sway, and for ballet lovers, there is a grande pirouette or two by the legendary ballerina Claude Bessy."

Echoing those thoughts, Deirdre Towers, Dance Films Association Artistic Director and co-producer of the Dance on Camera festival said, “This Festival demonstrates the importance of dance, not only as a language, but as a sensibility, as a means to express something rarely captured in print, in narrative films, or in daily life. This year, the filmmakers seem intent on scrambling up any preconceived notions you may have of dance or for what affect a film might provoke.”

Richard Pena, Film Society of Lincoln Center Program Director agreed, adding “Film is in many ways the natural bridge between all the arts at Lincoln Center, and "Dance on Camera" has become an invaluable guide to the rich dialog between contemporary media and dance in all it permutations.”