Dancer, choreographer, independent arts marketing consultant and Artistic Director of Kashedance, Kevin A. Ormsby is a whirlwind of energy, only just barely laid up by a recent injury that caused a ruptured 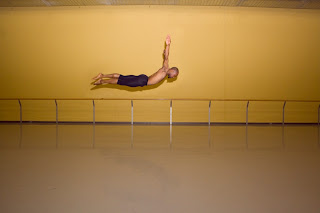 achilles tendon. I caught up with him recently between rehearsals.

"It's healing well," he says of the leg. "I should be back in form by mid-February."

His recovery will no doubt be aided by the fact that he won't be negotiating icy Toronto sidewalks this winter. He's just starting a 2 month residency at the University of West Indies in Mona, Jamaica at its Philip Sherlock Centre.. "It's career development," he says, noting he has similar working trips coming up this summer.

While the details were being finalized when we spoke, he hopes to be teaching at the Edna Manley College of Visual and Performing Arts in Kingston as well. His schedule in the Caribbean sounds like it will be full. "I'll be curating Jamaica Dance Umbrella," he says of the annual dance showcase. "I have a piece on the backburner called Manley 44. I'll be researching traditions while I'm there." 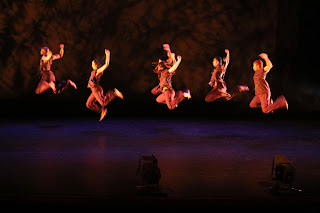 His career in dance actually began at the Manley College some two decades ago as a student. After heading north, he continued his training and career in Canada with Ballet Creole, Canboulay Dance Theatre, Caribbean Folk Performers, Caribbean Dance Theatre and Dance Caribe Performing Company. From 2001 to 2006, Kevin danced with Garth Fagan Dance in Rochester, New York, touring widely throughout North America and Europe.

You can see all those influences coming together in his work both as a dancer and choreographer. Traditional and modern dance from Africa and the Caribbean merge seamlessly with elements of classical ballet in pieces that are fresh and vibrant. "I always want my work to be human," he says. "The 'diaspora' isn't necessarily about Africa - it's about the movement of peoples." 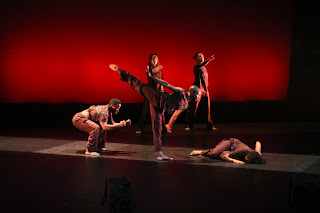 There are those nowadays who criticize the fusion of cultures and styles, decrying a loss of "purity" of the traditions involved, a notion that Kevin rejects. "You can't lose traditions when they live inside of you," he insists. "You bring them with you to new work." Kashedance, as his brainchild, embodies that notion of synthesis and movement towards the future of dance.

In terms of his own future, there are some exciting projects in the works. "I've just been invited to do a work for Dance Canada," he reports. "I know what I want to present with it - what is classical?" The work will examine that concept via European/North American and Afro-Caribbean traditions. The music as well as the dance will incorporate those ideas. "I'm looking at the 'classical period', using string instruments from Europe, West Africa and China."

In the shorter term, this winter and spring he'll be looking to expand on a piece that he first débuted at Harbourfront's Fresh Blood series in 2009. You'll see the piece as originally performed in the video below. Kevin wants to lengthen it eventually to about 20 minutes. "It's now loosely 10 minutes," he says. "The whole idea is about losing our inner rhythms. What are the human rhythms we lose when we go to work, to the office?" He says he was originally inspired by observing the unhappy countenances of people rushing to 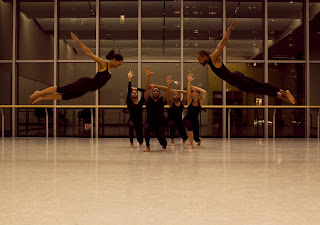 work on the sidewalk. "Sometimes, we have to stay true to those rhythms," he says. The current version ends with him half naked... we'll see where he goes from there.

Along with all of the above, Kevin has served as a juror on the Ontario Arts Council in the Dance Section and has an Artist in Education Certification from the Ontario Arts Council and York University. He's currently working in a collective called "Wind in the Leaves" that combines music, dance and poetry, gearing up for a showcase in late March at the University of Toronto (Scarborough Campus) for a colloque on artists working in collaboration. Whatever he comes up with next, it's sure to be worth watching.

Artistic Director of KasheDance, Kevin A. Ormsby performs in a solo which premiered as part of Chimera Project's "FRESH BLOOD" a night for emerging choreographers at Harbourfront's Enwave Theatre Oct 29th 2009.