Those were the exact words I said to myself when I heard The Radio Dept. for the first time. Very little did I know that they'd rapidly become Labrador's best selling band; the first to reach the sales charts in 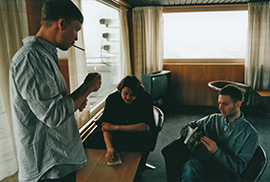 Sweden, end up on NME's albums-of-the-decade-list, enter the Billboard Heatseeker chart or serve as soundtrack to an odd costume drama by Sophia Coppola.

I never held any doubts about the music - it was unique, possibly even ground-breaking. Nor did I hold any uncertainty about the fact that they were fantastic song writers and almost geniously wayward producers. But I drew comparisons to bands like Metrotone and thought they'd sell roughly the same amount of records.... a couple of hundred spread evenly across the globe. Luckily, sales expectations have always been completely irrelevant on Labrador and naturally we decided to sign them in that point of time, almost nine years from now.

Working with The Radio Dept. from 2002 - 2010 has definitely been an interesting, occasionally even turbulent, time. There's been fights and threats regarding contracts, they've cancelled more interviews than all the other bands I've worked with altogether, they are unworldly time optimists (they can miss a deadline by three years), they've demanded - and received - so much advances that we haven't been able to 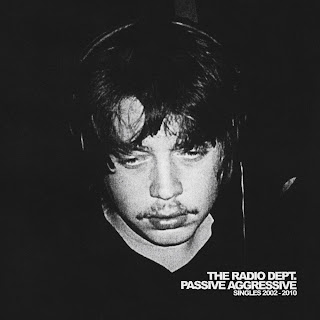 pay our bills, I've had to bribe them with drugs to persuade them to talk to selected parts of the press, they've been soundly pissed off when a color of their artwork didn't turn out exactly the shade they intended... etc.... the story goes on.

But despite that our collaboration can take strange turns, be pretty verbose or even harsh I've always appreciated it a very much, I've never held any doubts. As soon as a new song is handed over it's instantly worth it all. It's always a surprise. Always. And, of course... somehow I can't help both sympathizing with them and admiring them. The Radio Dept. are adamantly uncompromising, ridiculously self-critical, vastly independent and, not least importantly, constantly moving forwards. "Passive aggressive: Singles 2002-2010" is a voyage through the first eight years on Labrador.

Disc 2
1. Liebling
2. We would fall against the tide
3. You and me then?
4. Peace of mind
5. TÃ¥get
6. Slottet
7. What you sell
8. Mad about the boy
9. Closing scene
10. Messy enough
11. The idle urban contemporaries
12. All about our love
13. On your side
14. The one
indie cd release indie music labrador records scandinavian pop music swedish pop music the radio dept