MUSIC AFRICA & Gladstone World celebrate Black History  Month every Friday night throughout February with a series of FREE concerts
Thanks to CIUT-FM 89.5 FM

Featuring some of the top African artists living and working in the city. Music Africa, presenters of AFROFEST, is a community organization dedicated to promoting African music and culture. Discover Africa in the Heart of Toronto!

FREE at the Gladstone Melody Bar, every Friday from 7 to 10 p.m. 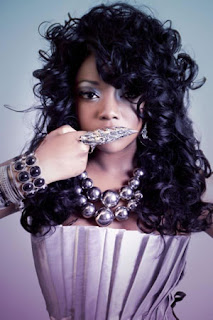 February 4th – Blandine
Born in the Democratic Republic of Congo and raised in Canada, Blandine has been exposed to the best African, American and European music all her life. It partly accounts for her ability to mimic such great singers as M’bilia Bel, Chaka Khan and Mariah Carey. During her teen years in Toronto she developed her distinctive classical/ R&B/ Afropop vocal style, and by age 20 had performed at festivals throughout North America. She later landed a role as a backup singer on tour for Canadian artist Melanie Durant. In 2009 Blandine made the decision to venture out as a solo artist, her debut CD will be released later in 2011. She says her album will contain songs in all the different African, pop, R&B and dance genres she loves. Expect to hear an earful from Blandine in the very near future, this talented young singer-songwriter is here to stay. 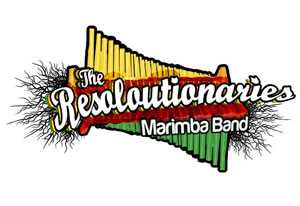 The Marimba is a traditional Zimbabwean instrument that combines sweet melodies with African rhythms. But there’s nothing traditional about the way the Resolutionaries play it. This 4-member, Peterborough-based band performs in an up-tempo, innovative style while still being able to perform the age-old African tunes they draw their inspiration from. This musical mix mirrors perfectly the eclectic talents of group founder, Chaka Chikodzi. Inspirational, life-affirming, fantastic! 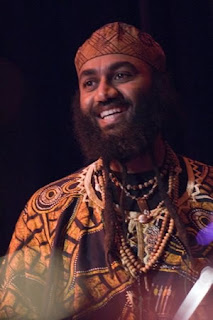 February 18th – Waleed Abdulhamid Kush
You’d need to search far and wide in the city to find a singer or musician who doesn’t rave over Waleed’s abilities. Born in Sudan, he has been a fixture on the Toronto music scene since 1992. Equally adept on the guitar, bass, flute, drums, and any number of African instruments, he is also an accomplished composer. Waleed was a founding member of the award-winning bands Radio Nomad and Balimbo, and later the African jazz-fusion band Kings of Kush. Onstage he is known for his striking vocals, his innovative bass technique and his speed and precision on percussion. He and his band play a driving, dance-oriented, percussive blend of pan-African music that delights a crowd and gets everyone hitting the dance floor. A real treat. 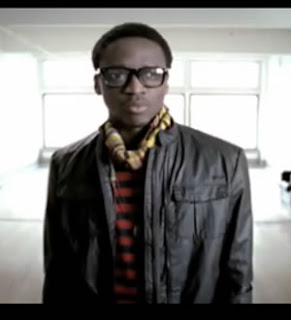 Kae Sun is of the generation of performers who seem equally at home anywhere in the world, whose music reflects their multi-layered personal histories. Born in Ghana, he grew up listening primarily to hip-hop. An Ontario resident since 2001, his music is equal parts soul, pop, reggae, and of course hip-hop – a sound sometimes described as urban folk . His debut EP Ghost Town Prophecy was so well received it gave Kae Sun the freedom to self-produce most of the songs on his follow-up CD, Lion On A Leash. Released in 2009, it made many critics’ lists of top indie releases of the year. The songs are socially conscious without being preachy. The singer is talented and charismatic. The band is tight and high-energy. The show is not to be missed.

Music Africa gratefully acknowledges the support of the Department of Canadian Heritage, the Toronto Arts Council and Ontario Arts Council.