on January 11, 2011
From a media release about one of the acts at Blues Summit V in Toronto: 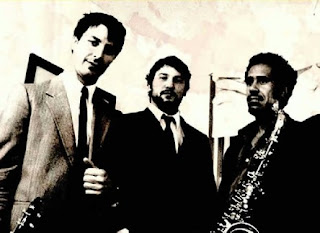 Dirty drums, warm, punchy bass, gritty guitar tones and hard-driven vocals make up the recipe for nothing short of old-school love.  Working as a five-piece, a blues trio or as a solo performer, Phil Motion's blues-tinged voice and varied guitar stylings pull from the earliest of the Delta to the best of Stax and Motown.  An Ontario Arts Council grant recipient for the Popular Music Recording Grant, Phil Motion's own lo-fi DYI recordings are a testament to the do-it-yourself approach and are a key element to the sound and character of this outfit.

Expect a self-recorded, self-produced debut album in the Spring of 2011.  Produced and recorded by Phil

Motion on Garageband with two sm57s makes for a feel and sound that rooted in a no 'glit' all grit pocket. A bit of help from Jay Jaknunas at Metropolitan Studios with the tighten up, some of the most solid players pushin' and pullin', and the band is good to go.

Phil Motion and the Easy LO-FI from aBevington on Vimeo.

The Toronto Blues Society hosts a music conference called The Blues Summit V a not-to-be-missed forumfor all blues music industry members, artists, presenters, agents, and the like. It is an opportunity for the