on January 17, 2011
From a media release - the RCM has a mixed bag of goodies for the shortest month of the year:

What's On at the Royal Conservatory of Music in February 2011

and new spaces of the TELUS Centre for Performance and Learning.

Kevin Bacon has been a Hollywood icon for years, but not many people know that he and his brother Michael, a very successful composer for film and television, have had their own band long before their film careers took off. With roots in Philadelphia, the City of Brotherly Love, The Bacon Brothers bring their folk-rock to Koerner Hall on February 3. In January 2010, Kevin won the Joel 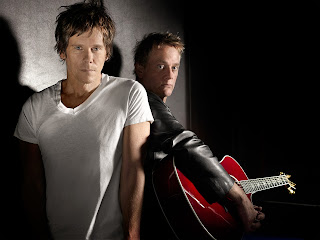 Siegel Award, given by the Broadcast Film Critics Association, for his idea of promoting support of charitable causes by setting up a website which makes it simple for anyone to contribute to charity with a few clicks of a mouse.

Gears switch to dance on February 4 as Savion Glover (of the Bring In da Noise, Bring In da Funk fame) makes his Toronto debut with SoLo iN TiME.  SoLo iN TiME is a continuation of the HooFeRzCLuB tradition of attributing music through the percussiveness of tap dancing – using tap as sound, and sound as dance. Accompanied by GAL XC 9, live flamenco vibes, and his own acclaimed Hooferz style, Mr. Glover and company pay tribute to the percussive medley of flamenco through the relationship between flamenco music and tap dancing as song. 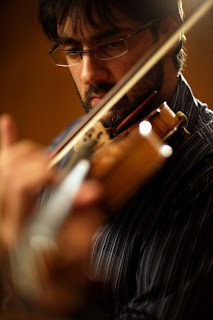 Called “The Violinist of Violinists” by The Strad magazine, Leonidas Kavakos appears with pianist Enrico Pace on February 5 in a program of Prokofiev’s Violin Sonata No. 1 in F Minor; selections from Preludes for Violin and Piano, Op. 46 by Lera Auerbach, one of the most prolific contemporary composers; and Ludwig van Beethoven’s popular Violin Sonata No. 9 in A Major, Op. 47 “Kreutzer.” Mr. Kavakos also conducts a master class for the students of The Conservatory on February 4.

Other classical concerts in Koerner Hall include Julian Kuerti (son of pianist Anton Kuerti) leading the Royal Conservatory Orchestra on February 18 and Les Percussions de Strasbourg on February 24. The Royal Conservatory Orchestra performs Bedřich Smetana’s Overture to The Bartered Bride, Béla Bartók’s Viola Concerto, BB 128, Sz.120, and the original (1911) version of Igor Stravinsky’s Petrushka. As a part of their 50th anniversary tour, Les Percussions de Strasbourg literally surrounds the audience during Iannis Xenakis’s Persephassa, one of the most astonishing percussion pieces ever written. Their program also includes heX, a world premiere by the innovative Canadian composer Andrew Staniland, co-commissioned by Les Percussions de Strasbourg, Soundstreams Canada, and The Royal Conservatory, and John Cage’s Credo in Us, an unusual piece because of the use of sound samples from recordings of other works, fragments of a radio broadcast, popular music, tin cans, and tom toms.

“Sunny Comes Home” when three-time Grammy Award winner Shawn Colvin, whose most recent album, Shawn Colvin Live, captures the beauty and intimacy of her performances, will appear with special guest Katherine Wheatley on February 11. Wheatley’s passion for song writing began at the age of 14 with a $13 guitar ordered from the Sears catalogue. She now works with inner city kids and on aboriginal reserves, helping young people write and record their own songs through her program, Youthsongs.

Hear “Brown Sugar,” “Jumping Jack Flash,” and “Angie” as you have never heard them before when Stones World, a project conceived by long-time saxophonist for The Rolling Stones, Tim Ries, hits the Koerner Hall stage. Reis is joined by fellow Rolling Stones band members Bernard Fowler (vocals) and Darryl Jones (bass guitar), along with Ben Monder (guitar) and the University of Toronto Big Band, as they present Ries’s versions of Stones tunes on February 12.

Jazz and classical songs co-exist on February 25 in a concert titled Love Song. Jazz pianist Brad Mehldau and mezzo-soprano Anne Sofie von Otter have put together a program consisting of 7 Love Songs (settings by Brad Mehldau of poems by Sara Teasdale), as well as a selection of works from some of the greatest songwriters, including Jacques Brel, Léo Ferré, Barbara, Michel Legrand, Leonard Bernstein, Paul McCartney, Joni Mitchell, and others. They have performed this repertoire with great success at many international venues and the subsequent recording was recently released on the French record label Naïve.

February events at The Royal Conservatory: