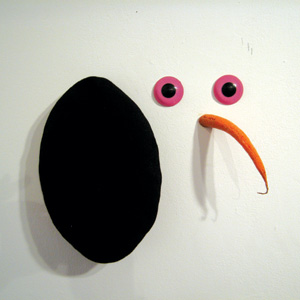 MAKING THINKING
THINKING MAKING
Brothers Dressler (Lars & Jason), Caitlin Erskine-Smith, Sin-Ying Ho,
Despo Sophocleous and Rachael Wong
Curated by Melanie Egan and Patrick Macaulay
The craft world is experiencing a reinvigorated interest in the relationship between making and thinking. Six artists present their individual perspectives on the reciprocal relationship between ideas and the act of creating art. Their work epitomizes the synthesis between communication and materials, past and present, here and there, thought and process. Exhibition catalogue is available in the main gallery. 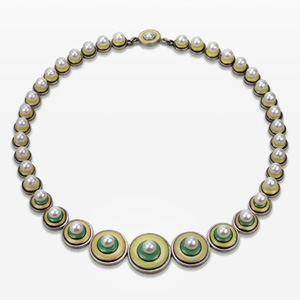 SAMPLER
Brothers Dressler (Lars & Jason), Caitlin Erskine-Smith, Sin-Ying Ho,
Despo Sophocleous and Rachael Wong
Curated by Melanie Egan and Patrick Macaulay
Organized in tandem with Making Thinking Thinking Making. This exhibition expands the idea of a sampler (traditionally associated with embroidery and used to highlight an artist’s mastery of materials) to view it as a segment of an artist or designer’s overall creative practice.

Continuum
Alisha Marie Boyd & Lana Filippone
Lana Filippone and Harbourfront Centre artist-in-residence Alisha Marie Boyd collaborate on a look at the history and traditional materials of their respective crafts.
Playing with form and function and expanding on conventional practices, they present a re-contextualization inspired by contemporary ideas.

Do-it-Yourself Section
Seth Scriver
A selection of step-by-step sculpture and video designed to show how to make use of all the garbage around you, transforming it into precious craft objects. 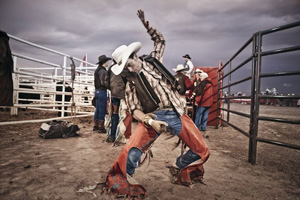 PILES
Jesse Boles
Toronto-based photographer Jesse Boles investigates industry as landscape, reducing it to its simplest form: a pile. The pile becomes a symbol for the broader imprint of human economic and cultural activity through industry and consumer culture.

Rough Stock: A Photography Exhibition About Rodeo Culture
Peter Sibbald
(Fleck Dance Theatre –Access to exhibition by ticket holders only)
This series explores the contemporary North American small-town rodeo culture through portraits of the lives of people who participate in this tribal sub-culture. Rodeo culture now thrives in the countryside surrounding Toronto, helping sustain a rural way of life for many who produce our local food.

NEIGHBOURHOOD MAVERICK
Drew Mandel Architects
Reigo & Bauer
studio junction inc.
Luke Painter
Neighbourhoods are largely defined by the houses that are situated within their boundaries. In Toronto, Corktown is known for its turn-of-the-century workers’ townhouses and Leaside for its post-war bungalows. As the city transforms, these neighbourhoods evolve with both old and new residences, and existing buildings with bolder architectural pursuits. Why should the existing streetscapes be maintained? What considerations 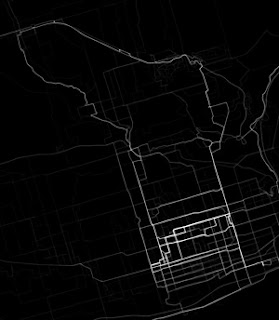 do architects take into account when designing for an existing streetscape? What effect does the intervention of maverick architecture have on the design character of a neighbourhood?
Participating firms explore the insertion within the Toronto streetscape of those houses which are designed of our times in contrast to the existing neighbourhood aesthetic. Architects were asked to explore the challenges, the benefits and negatives to neighbourhoods and the possibilities for creative expression.

Beyond Lines
Drew Mandel Architects
Beyond Lines maps a typical residential Toronto streetscape on which five Drew Mandel Architects houses have been modeled.
Five string-models emphasize our interest in the three-dimensional experience of architecture rather than a focus on a two-dimensional image of a house. Like three-dimensional sketches, they express the dematerialized building. It is architecture, not about assembling cues adding up to "house" or the image of the thing only, but rather the slow, unfolding experience of a place.
The string line drawings underline the interconnected spatial relationships that reach outside the boundaries of the building envelope and into the sites, the sky and to the landscapes beyond.
The base of the exhibit describes the figure-ground relationship and highlights the urban design aspects of the projects. Unlike the now-common McMansion developments, these projects resist the convention to simply fill the maximum zoning envelope with an object-building largely undifferentiated from site to site.
TEAM MEMBERS: Drew Mandel, Jowenne Poon and Rachel Tameirao

Developer X
Reigo & Bauer
Developer X is an installation piece that chronicles a fictional philanthropic, vigilante development endeavor that anonymously drops prefabricated modern houses on empty lots throughout the city overnight.
Troubled by the disconnect between our present day lifestyles and new housing that emulates the past, Developer X believes that, given the chance, Torontonians will embrace houses of today – houses that adopt

mid-block
studio junction inc.
Mid-block properties are properties located in the middle of the urban fabric or city block. These properties are without a traditional street frontage or a backyard, and thereby without a traditional face to the city. These under-utilized, residual lots are surrounded on all sides and are accessed by a public or private laneway, or a right-of-way across a neighbour’s property.
Spaces for living can come from various environments, and increasingly the desire to live downtown is often reconciled with a less-than-ideal lot. mid-block discusses the idea of infill housing as small insertions into a dense urban fabric. The unique site conditions of these properties are associated with difficult issues such as reduced size, view, privacy from your neighbour, access and legal challenges.
Without a traditional streetscape, exterior facades become less important. mid-block explores creative ways to introduce light into an enclosed space and thereby form new connections to the outdoors. In addressing small space living, mid-block housing presents viable alternatives for contemporary urban dwelling while developing new, rich layers and relationships with the existing streets, neighbourhoods and city.
TEAM MEMBERS:  Peter Tan, Christine Ho Ping Kong, Joe (Che Yu) Lin, Thomas Barker, Mazier Shafiee and Andrew Waller

Fiction and Intervention: Utopic Visions for the 21st Century
Luke Painter
Luke Painter contributes to NEIGHBOURHOOD MAVERICK with a series based on the intensive fictional architectural scene-making he has been creating in a variety of media.
His animations depict sites in both Toronto and Montreal that have experienced heavy condo development and gentrification over the last decade. Lukepainter.ca
This component of the exhibition is presented by Visual Arts at Harbourfront Centre as part of an ongoing interdisciplinary focus.