(Toronto – December 8, 2010)  Zero Films is pleased to announce the U.S. premiere of Danis Goulet’s short film Wapawekka at the 2011 Sundance Film Festival, which will be held from January 20-30th.

Sundance received a record number of submissions for this year’s festival and considered over 6,400 submissions for the shorts programs. “We are absolutely thrilled,” says writer/director Danis Goulet, “This was a personal film, made with family in northern Saskatchewan, and I’m so proud and humbled to be invited to one of the most prestigious festivals in the world.”

Wapawekka is an intimate portrait of the cultural disconnect between a son and his traditional Cree father. The story follows Josh, a hip hop artist, who would rather be anywhere than with his dad on the final trip to their isolated cabin on their family’s traditional Cree territory in northern Saskatchewan. Based on Danis’s experiences growing up in Saskatchewan, Wapawekka addresses the tension that lies in the cultural gap from one generation to the next, where old and new collide. The film was shot in both Cree and English — a representation of different forms of cultural expression specific to each generation. 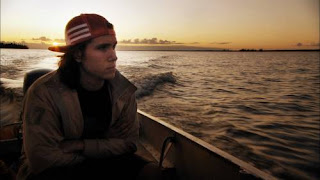 Director Danis Goulet says: “My dad grew up on the land, hunting, trapping, speaking Cree as a first language, and I live in Toronto and don’t speak much Cree at all. The story is tragic on one hand, but I also tried to convey a sense of promise — a beauty in the way that culture evolves.”

The film was shot over five days last summer on Wapawekka Lake, a remote lake in northern Saskatchewan where Danis’s family owns a cabin. The project inevitably evolved into a family endeavour. Danis says: “My family ended up totally involved in the project as the art department, caterers, childcare, and actors.” In this spirit, Zero Films proudly introduces debut performances by Keith Goulet and Josh Goulet, both members of Danis’s family.

“Lately, I’ve been fascinated by finding the territory that exists between documentary and fiction films, and I had always planned to use non-actors. At a certain point, it just seemed to make sense to cast family members as the characters were all inspired by them in one way or another.”

Wapawekka was written and directed by Danis Goulet, and produced by Christine Kleckner and Danis Goulet. The Director of Photography is Daniel Grant and the Editor is Lawrence Jackman. The film is distributed by Vtape and was produced with the participation of the Canada Council for the Arts, the 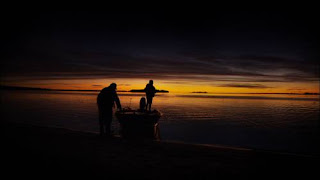 Danis Goulet (Métis) was born in La Ronge, in northern Saskatchewan. Her first short film spin (2003) screened at numerous festivals including the Sundance Film Festival, the imagineNATIVE Film + Media Arts Festival and the Cinematheque in Copenhagen. Her second short film, Divided by Zero (2006) premiered at the Message Sticks Film Festival at the Sydney Opera House, and was selected for the Smithsonian’s Native American Film + Video Festival in New York, and the Calgary International Film Festival. Danis currently resides in Toronto.

Christine Kleckner has worked in the film and television industry for over a decade. Her numerous credits include the acclaimed television series Corner Gas (2004), the National Film Board's multi-platform project Filmmaker-in-Residence (2006), interactive feature Late Fragment (2007), documentary FLicKer (2007), and the drama Act of Dishonour (2009). With roots in Saskatchewan, Christine now resides in Toronto with her family.