You may know Tarun 'Tspoon' Nayar from his much in demand band Delhi 2 Dublin, but what you may not know is that Tarun is also a Vancouver based DJ/producer who is about to turn Asian-fused 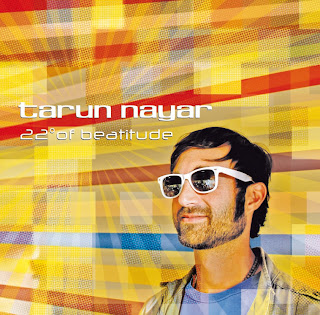 electronica on its ear. After travelling the four corners of the globe, Tarun has compiled 10 years of material for his latest solo effort, 22º of Beatitude (Chaiwalla's Boombox; March 01, 2011) which he describes as his most personal work to date.

Recording sessions with artists worldwide, 22º of Beatitude brings us to temples in Bhutan, to street corners in Tokyo and even to an intimate conversation between the artist and his grandmother. Breaking out of the dancefloor-driven format, Tarun’s aim was to record as many of the sounds as possible, live, without the use of sample libraries. Each of these songs tells a story, and each story is a chapter in the artist’s life. They are a decade-long evolution of sounds that blend culture, beats and bass. With influences ranging from Talvin Singh to Bassnectar, Tarun’s music aims to break boundaries and bring people together. 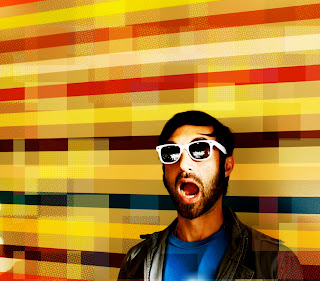 As a part of Delhi 2 Dublin, Tarun has toured the globe and played some of North America’s biggest festivals. He produced their two full length albums that went to the Top 3 on the Canadian world music charts and settled into the top 10 on iTunes Canada world music charts. Tarun is also a founding member of Vancouver's Beats Without Borders collective and has shared the stage with everyone from De La Soul to Cheb i Sabbah. His tracks and mashups get play on the CBC, BBC and college stations worldwide. In May 2010 he blended Akon's 'Beautiful' with UK producer Swami's 'Sugarless' in a mashup that received heavy airplay in the UK. He also recently scored 'BAS! Beyond The Red Light', a documentary on the lives of women in one of Mumbai's red light districts. Together with partner Umar Akbar he also runs the cutting edge global electronica label and blog Chaiwalla's Boombox.

Here's a look at his work with Delhi 2 Dublin:

22º of Beatitude will be released March 1, 2011 and will be complete with archival photos and videos that will accompany each track on the album and enhance the music into a dynamic visual experience. These visuals will be projected as part of the live show, set to hit Canada this spring.

Here's a listen to some of the new CD, and a free download to boot: