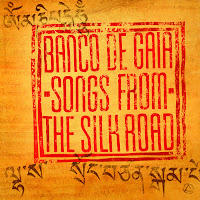 Persian strings and prog rock. Tibetan songs and ecstatic house. Welcome to the strange, wonderful world of DJ/remixer/dance music maestro Banco de Gaia (aka Toby Marks) whose work sprang from the hopeful exuberance of British house, the joys of sampling, and the advent of global music.

Now, new listeners unfamiliar with this funky founding father of eclectic electronica can savor nearly two decades of hits, rarities, and remixes on Songs From the Silk Road (Disco Gecko; February 08, 2011). An intro to the vibrant cross-pollination of house and world music, tracks shift from hard-hitting to playful, pulsing to ambient, all guided by a strong, omnivorous ear for powerful beats and delicate filigrees of sound. 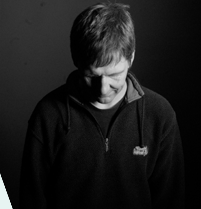 But back in the 80s, guitarist and trumpet player Marks hated drum machines. He loved prog rock, experimental jazz, classical, anything—just not synth pop. “But then house happened and changed everything. It opened up a whole new world for me, and I discovered this new machine-made way of making music,” Marks explains. “Combined with the new technology of sampling, I could suddenly have these big Pink Floyd-esque ideas that I could never have executed otherwise.”

But British house was more than a club craze, Marks recalls, and more than a cool new style of music. It was a scene that picked up where the seekers of ’69 left off, exuding a vibe of positivity and optimism in the social and political doldrums of ‘80s Britain. People talked of love, community, and the possibilities of living together in new, humane ways. They went to raves and, quite literally, embraced strangers.

Musically, this openness meant including a world of musics that were once beyond the pale of pop into dance tracks. Other cultures began sneaking into remixes, even of mainstream rap. “In ‘87, Coldcut remixed ‘Paid in Full’ by Eric B. & Rakim and featured a sample of Ofra Haza,” Marks remembers. “It was straight American hip hop with Israeli vocals, and that really inspired me. I was excited to hear someone combining elements that way outside of jazz and experimental classical music.”

Banco de Gaia was born. Marks took his penchant for the large-scale sonic landscapes of prog rock and began drawing on music from Tibet, Central Asia, and the Middle East to create dreamy, grooving tracks that felt distinctly different from other 90s dance music. Along the way, he realized that what seemed eclectic at first listen actually fit together perfectly. “I find it really stimulating working with Arabic rhythms and Asian string styles, for example,” Marks recounts. “When you start listening to music from other cultures, you soon hear that, below the surface, it’s not all that different. Often the fundamental principles are the same.”

Along with these universal qualities, Banco de Gaia was inspired by technology itself: the sonic spree of sampling, especially in its early days. Marks’s tracks from the early 1990s, such as “Sheesha,” reflect a happy-go-lucky approach to sound. “Back then, it was ‘What makes a noise? I’ll sample it!’” Marks laughs. “I would sample until the memory was full. Then I take some of the bits and mash them up into a tune,” which is how JFK and William S. Burroughs came to trade lines with Bach’s Brandenburg Concerto.

As word spread, Banco de Gaia climbed charts in the UK, into the album top 40, and won critical acclaim. Audiences were wildly enthusiastic, like the one at the live Glastonbury Festival set audible on “Last Train to Lhasa (Live at Glastonbury).” Marks found himself collaborating with everyone from Natacha Atlas to Pink Floyd sax player Dick Parry.

With two decades under his belt, Marks has seen a new generation of fans appear, kids who got turned onto Banco de Gaia thanks to savvy parents. Yet there’s still a gap in awareness, as what Marks calls “world music with a disco beat” seeps into the mainstream yet many know little about the scene and the musicians that started it all.

“I wanted to round up this body of work and create a portfolio for new listeners,” Marks notes. “The origins of this sound, a sound that’s now ubiquitous, are really interesting, and I want people to know more about it. Back then in early days, we were inventing this whole new thing. This album shows that, and how things have evolved since.”

Here's a video clip from the track Last Train to Lhasa, reissued in the new CD. The video for the 'Last Train To Lhasa' single was deemed unsuitable for daytime broadcasting because it contains scenes of the violence in Tibet. Because of this, you'll probably never get to see it, so here's the footage which shocked the censors.