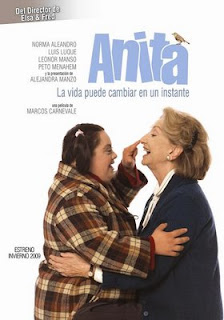 Toronto - We dare you to not be moved by this lovely award-winning film.

Anita Feldman (Alejandra Manzo), a young woman with Down Syndrome, lives a happy, routine life being meticulously cared for by her mother (Oscar nominee Norma Aleandro) while helping her run their family-owned stationery shop. The morning of July 18, 1994 begins like any other day, but things change suddenly when the nearby Argentine Israelite Mutual Association is bombed, sending Anita’s life into a tailspin. A confused Anita sets out to search for her mother and wanders through the city - causing her brother Ariel (Peto Menahem) to set off on his own journey to find his sister. 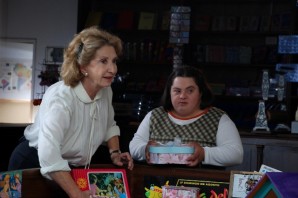 Adrift in a sea of streets filled with people – many of them as disoriented as herself – Anita learns basic life lessons, not only in terms of self-preservation, but in the less tangible rewards of caring for others. While developing a sense of self, she touches the lives of those around her, from an alcoholic, to a family of Asian immigrants. 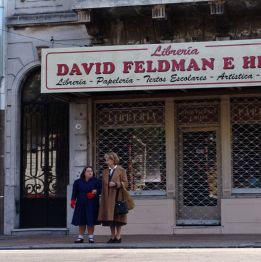 ABOUT TORONTO JEWISH FILM FESTIVAL
The Toronto Jewish Film Festival presents the best feature films, documentaries and shorts from around the world, on themes of Jewish culture and identity.  The Festival is dedicated to using film for its contemporary popular value and accessibility, in order to reflect the diversity of the Jewish experience internationally.  The TJFF provides an opportunity to heighten awareness of Jewish and cultural diversity around the world, to audiences of all cultural backgrounds, and to present films in their original languages with subtitles, in an effort to break down racial, cultural and religious barriers and stereotypes.