Henry Rollins: 50 and On Tour

on February 02, 2011
From a media release - many dates are already sold out! But he's still an interesting read anyway... 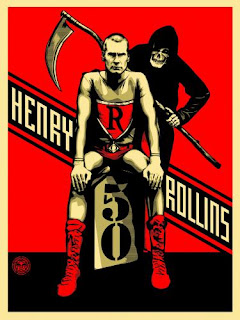 As HENRY ROLLINS approaches the half-century mark, the everyman-of-all-trades is gearing up for a new talking tour simply titled 50. The dates include a special 50th birthday event in HENRY’s native Washington, DC on February 13, sandwiched between multiple-night runs at Joe’s Pub in New York (February 8-12) and Largo in Los Angeles (February 16-19).

“On February 13th of 2011, I will turn fifty years of age. I can’t think of a better way to celebrate this once-in-a-lifetime occasion than by doing some shows,” HENRY explains. “Hopefully, I will be able to evince some imperfect pearls of ancient wisdom to the audience, having made it this far.”

It’s not so much the mere wisdom of age, but the wisdom of experience that audiences are likely to encounter when HENRY takes the stage – whether he’s relaying rock n’ roll anecdotes, or tackling more serious topics with his distinctive synthesis of anger, amusement, and global perspective. A relentless traveler on an unyielding quest for firsthand knowledge, HENRY’s most recent excursion took him across the Pacific to China, North Korea, Mongolia, Nepal, Tibet, Bhutan and Vietnam.

“All of these destinations gave me a lot to think about, write about and talk about. Wondering if I knew more about North Korea than my guide in Pyongyang was a strange thing to walk around with all day. To see the lasting effects of Tetrachlorodibenzodioxin, otherwise known as Agent Orange, showing up in children generations later in Hanoi was an eye opener, to say the least,” says HENRY. “To leave all that and come back to America with all its unique idiosyncrasies always makes me want to know more. These days, as far as things to pay attention to, be frustrated about and seek to change, a conscientious person is fairly spoiled for choice. You know me, I’ll always tell you what I think.”

The same curiosity that has led ROLLINS around the globe and far from the beaten path has led him to National Geographic for a pair of distinctly different – but decidedly ‘HENRY’ – television projects. On December 14, HENRY joined the National Geographic Channel’s flagship series Explorer for the special Born To Rage. The show examines research into the so-called “warrior gene,” a single gene found only in men that some scientists think are a possible indicator of violent behavior. In early 2011, HENRY dives into the Snake Underworld on Nat Geo WILD, uncovering a world of snake obsession that goes far beyond his own fascination with the slithering reptiles. 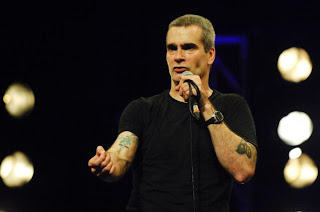 “Who ever thought that I’d get to investigate two of my favorite subjects, anger and snakes, with National Geographic?” HENRY asks. “I have enjoyed partnering with the Nat Geo Channels for an in-depth look at both fascinating topics.”